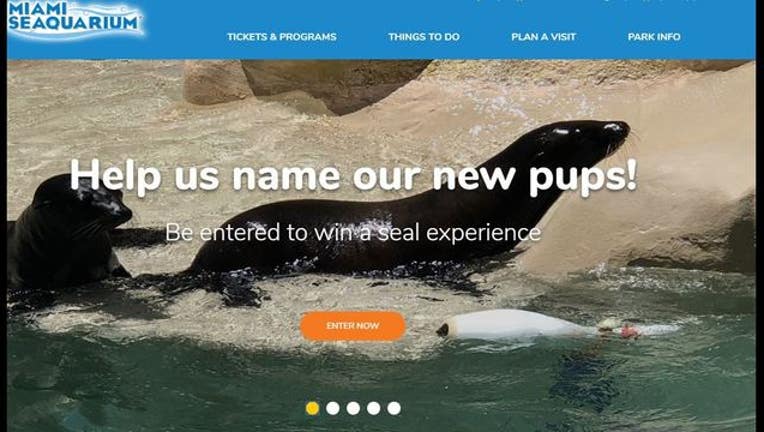 In a post on Facebook, the Miami Seaquarium said it wasn't public input on what to call the sea lion pups, which are two months old.

There are four options to choose from in the naming sweepstakes on the Miami Seaquarium's website.

The name options for the female include Wasabi, Ginger, Won Ton, and Sashimi. The male name options include Thunder, Flash, Champ, and Justify.

According to keepers, the pups nurse from their mother for "several years" and gain one to two pounds per week until they are fully grown. ​​​​​​​​​​​​​​