ST. PETE BEACH, Fla. - When you're kicking back, looking for your next streaming series to binge, don't be surprised when you recognize some familiar Bay Area hotspots. Starting next month, an original scripted series, filmed and produced in St. Pete/Clearwater, will premiere on Amazon Prime.

"Life's Rewards" is the first of its kind, developed not only to entertain -- but to actually attract people to visit.

It hooks you early, like any binge-worthy series should. But if you live in Tampa Bay or have visited, the sights of "Life's Rewards" will keep you glued. You'll see The Don CeSar, the Salvador Dali Museum, Tarpon Springs' sponge docks and even a Rowdies cameo.

"This is a first where the script and the footage, all is relatable to the destination," said Steve Hayes, Visit St. Pete/Clearwater's president and CEO. "So when they say, 'I am going to St. Petersburg' or 'I'm going to The Dali' or 'I'm going to the Don,' I mean, it's specific, that is the script, it's not like it's subbing for someplace else." 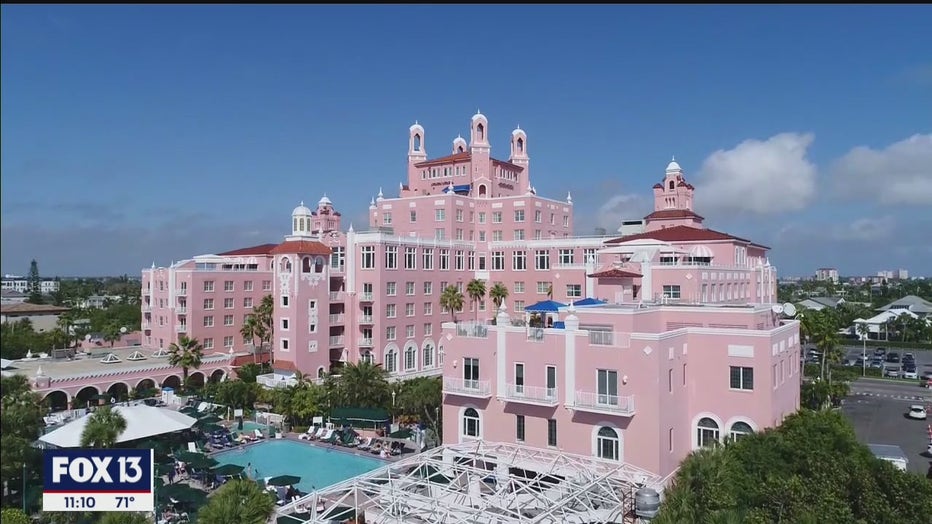 "Life's Rewards" is a redemption story following Dan Kinney, the privileged son of a wealthy manager who, after a business trip gone bad, is fired and stranded at The Don CeSar with few assets to his name -- with the exception of a massive pile of hotel points.

In the series trailer, a hotel employee tells Dan he has enough points to stay at the Don for six months, so he does.

In years past, Clearwater Beach and Siesta Beach outranked St. Pete Beach, home of the Don CeSar, but this time it came out on top. Tripadvisor also ranked it as the fifth best beach in the world.

Some locals got roles as extras in the series, as well as a few workers at the hotel.

"We use basically the entire property so, as you watch the film, it's really exciting because a lot of it is very bar-centric, it obviously is taking place at a tropical beach resort, so you've got a lot of people enjoying themselves," said Todd Gehrke, The Don CeSar's director of sales and marketing

Odyssey, the Studio at Miles Partnership helped bring the scripted 'dramady' to life. It's a brand new genre of destination marketing, designed to make viewers want to travel once it's over.

"I think we've heard of the 30-minute infomercial. This goes beyond that," said Hayes. "We hope this is the one that puts them over the edge and says, 'I want to go visit, I'd better be booking my trip now.'"

The Don CeSar, popularly known as the "Pink Palace," is a historical landmark and well-known tourist attraction in St. Pete Beach that has around for nearly a century. Its eye-catching design hasn't gone unnoticed.

People are eager to hit the sand with recent tourism numbers surpassing spring 2019, a record year in St. Pete/Clearwater.

If you love the series, there's even a "Life's Rewards" hotel package at The Don Cesar.

"You can experience some of the things that Dan experienced, you could do jet skiing, you can dine at some of the locations that he dined during the movie, so a lot of really fun ways to tie that together," Gehrke said.

The first season of "Life's Rewards" will consist of eight, 10- to 15-minute episodes. And they're not just on Amazon Prime. You can also find them on YouTube, GoUSA TV and Places Travel starting May 10.