Zimhi is an alternative to Narcan, officials say

TAMPA, Fla. - The DEA warns it has detected a sharp increase in the strength of fentanyl-laced drugs, and that's contributing to some pretty sobering overdose statistics in the U.S.

Last year alone, fentanyl killed more than 71,000 Americans, according to the Centers for Disease Control.

The synthetic opioid is 50 times more potent than heroin and 100 times stronger than morphine, and according to the United States Drug Enforcement Administration fentanyl is showing up in much greater frequency mixed into street drugs and fake prescription pills.

According to the DEA, criminal drug networks that make fake prescription pills are mixing even more fentanyl into them than ever before. In a study this year the DEA says its labs found 6 in 10 fentanyl-laced pills now contain a lethal dose.

The prevalence and strength of fentanyl-laced drugs are not only causing more overdoses, but emergency responders also report needing to use multiple doses of overdose reversal medications, like Narcan, to try to combat the effects.

Now pharmaceutical companies are creating stronger versions of naloxone medications to keep up. 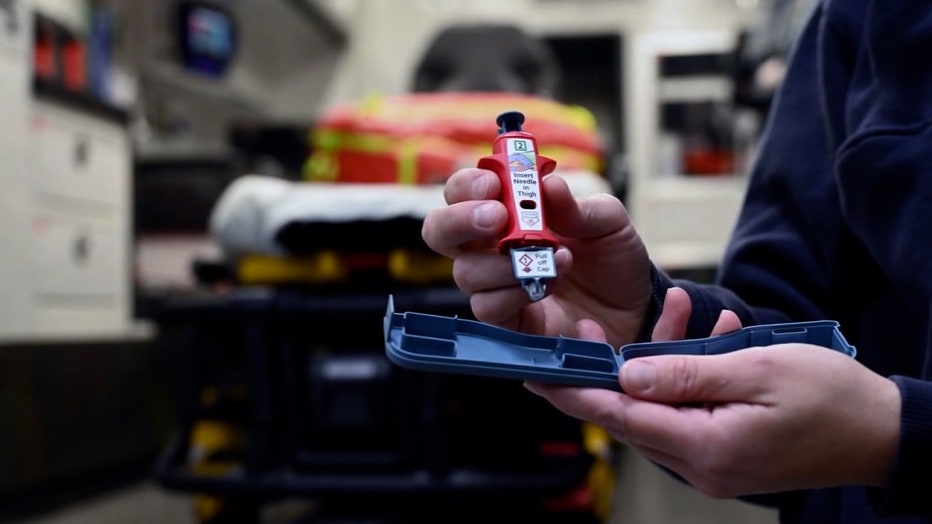 One of those new versions is Zimhi. Unlike Narcan, which is administered to a victim's nasal passages, Zimhi is an injectable, like an EpiPen. The company says it works in half the amount of time it takes for the nasal doses of naloxone to kick in.

As trauma therapist Chris Chodkowski recently explained to WJXT, Zimhi allows for better and faster absorption into the body.

"Narcan which is a 4-milligram nasal spray, when you administer that into the patient, they are actually only receiving 2 milligrams. With the ZIMHI, it is 5 milligrams intermuscular and as soon as it’s injected, they are receiving the full 5 milligrams," said Chodkowski.

Experts say Zimhi is able to reverse the effects of a fentanyl overdose in as little as 15 seconds and so far, does not require multiple doses.

Like Narcan, Zimhi is FDA approved and available without a prescription.