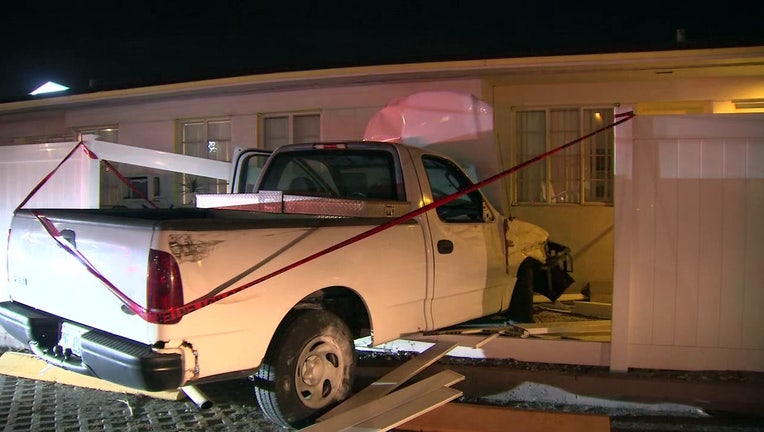 TREASURE ISLAND, Fla. - A man was arrested overnight after crashing a truck into a motel room in Pinellas County.

It happened around 3 a.m. at the Sands of Treasure Island motel. Treasure Island police say the driver lost control, plowed through a fence, and hit the side of the building -- leaving a hole in the wall.

No one was inside the room as the time and no one was hurt.

Police have not released the driver's name.