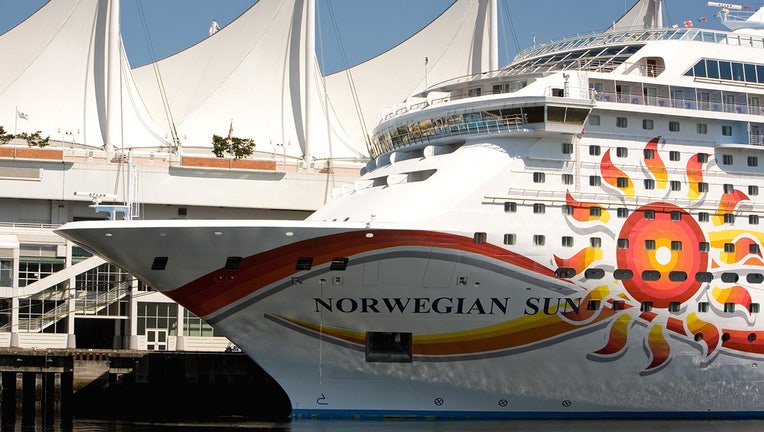 The Norwegian Sun cruise ship is docked at the Seaport in Vancouver, British Columbia, Canada. (Photo by George Rose/Getty Images)

A Norwegian Cruise Line ship hit an iceberg in Alaska over the weekend, forcing the company to cancel the remainder of the cruise due to damages sustained from the collision.

The Norwegian Sun was en route to the Hubbard Glacier in Alaska when it struck a growler. A growler is generally a piece of ice that has broken off from a larger glacier or shelf ice, according to the National Oceanic and Atmospheric Administration (NOAA). They are roughly the size of a truck or a grand piano and typically float less than three feet above the sea surface.

A Norwegian Cruise Line spokesperson told USA Today on Saturday that the ship was "engulfed by dense fog, limiting visibility and resulting in the ship making contact with a growler."

The Norwegian Sun then sailed to Juneau to assess any possible damage it sustained.

Norwegian decided to cut the trip short and cancel the upcoming scheduled cruise to depart on June 30 "so that the necessary repairs can be made," a spokesperson for the cruise line told FOX Business in a statement.

The cruise ship was then given clearance by Coast Guard and "other local maritime authorities" to return to Seattle at reduced speed. The spokesperson also said guests on board will disembark in Seattle as previously planned.

"We are communicating with all impacted guests directly. Additional information will be provided as appropriate," the spokesperson said.

Specifics as to any injuries on board were not released.