George Hill says he's happy to be known as 'the Flag Man.'

TEMPLE TERRACE, Fla. - Family business Gaspar's Patio Bar and Grille has been in Temple Terrace since 1960. But owner Jimmy Ciaccio said that's surprised some of his new customers.

"We'll tell him how long we've been here and they'll always say, 'Well, I didn't know you were here; I never knew that,'" said Ciaccio.

He thought about a patriotic way to draw more traffic. So he installed a large American flag.

"It's a 25-foot flag. I wanted to draw some attention to the business, so by me putting this American flag here, it made me feel good about where we live and what I do for a living," he continued.

He called in an expert to help him out.

Hill and his wife Patricia have also owned their family business, ABC Flag and Pennant, since the 1960's. 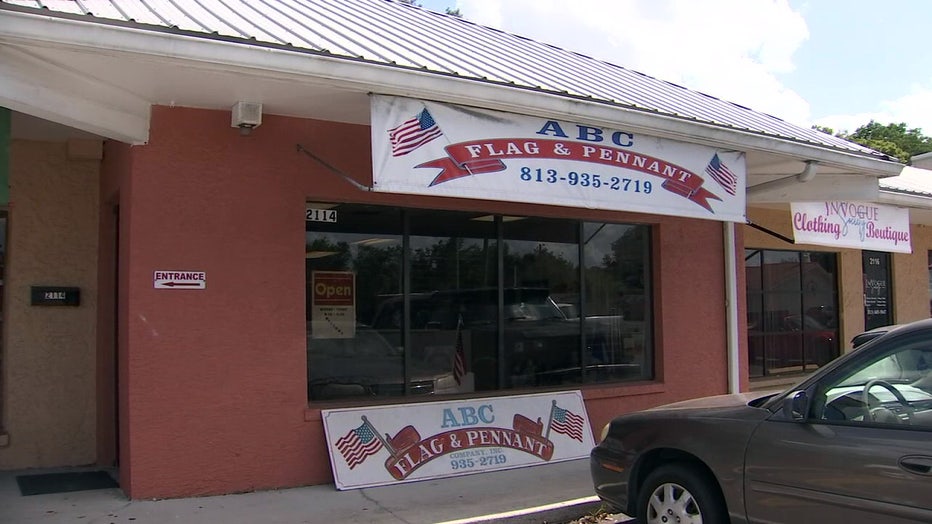 "I served in the Pacific Infantry Division until 1946. I ended up on Okinawa," Hill recalled.

He's been hands-on installing flags all across Tampa, including for the Tampa Bay Buccaneers.

And he doesn't mind taking risks to do it. 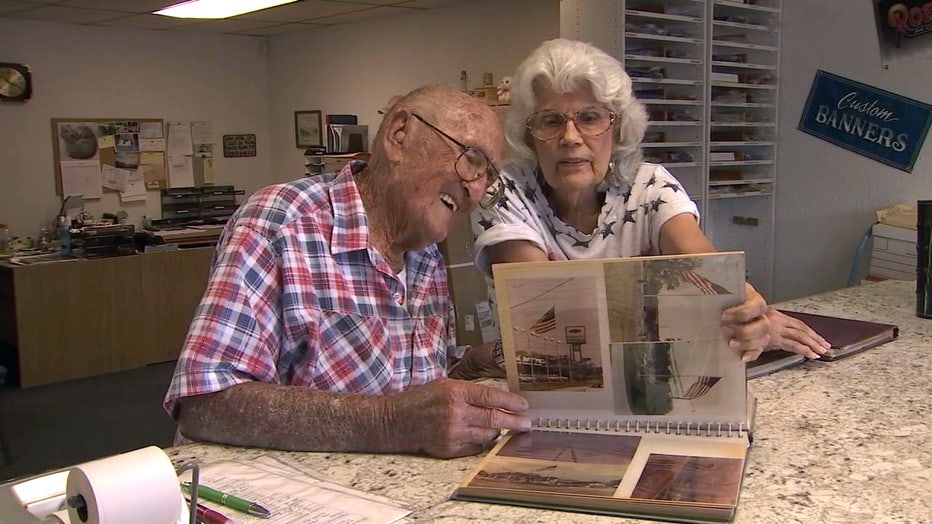 "I'm not afraid of heights, it doesn't bother me. I've fallen. I've fallen several times. But I haven't hurt myself bad," he said.

"If the wind is blowing, you really got to hang on because as it goes up, it can pick you up," said Hill's wife Patricia.

"I didn't want him to do any manual work -- which he'll do it, he would in a second and not think twice about it," said Ciaccio.

For Hill, the American flag is worth it. 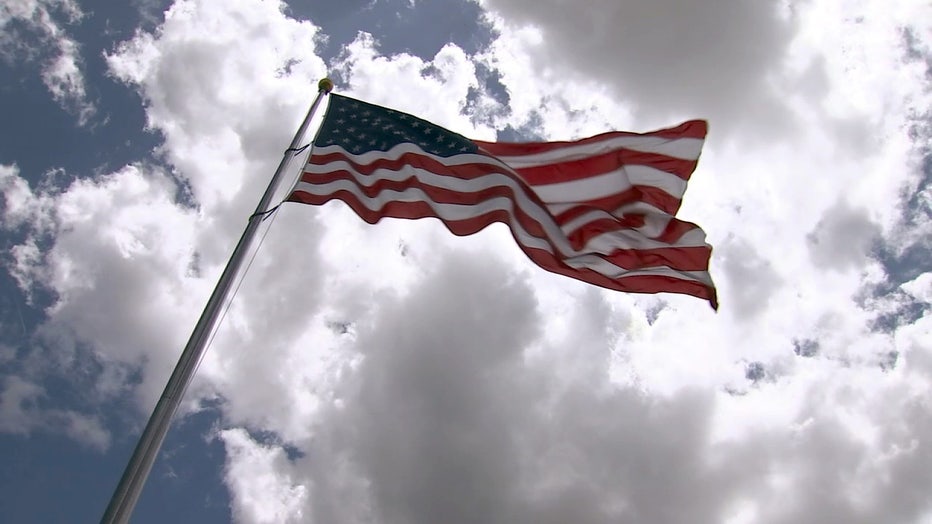 And the Hills have no interest in retirement because of customers like Ciaccio.

"We live in the United States of America.  I think that's something I'm very honored to be here," Ciaccio offered.

"The people are enthusiastic. It's that same patriotism that feeling that they want their flag up. They love the American flag. They love their country." Patricia added.