ST. PETERSBURG, Fla. - A woman was severely injured when an alligator bit her leg, arm, and hand after she fell into a St. Petersburg canal Monday.

It happened around 6 a.m. near a bridge over Salt Creek near 4th Street and 18th Avenue South. It’s a place where homeless people are known to sleep under the bridge and near the seawall.

"I heard she was sleeping at the edge of the wall," said Dale Mastry. "And then she fell in and it splashed. He just reacted like an alligator would act, just spontaneously." 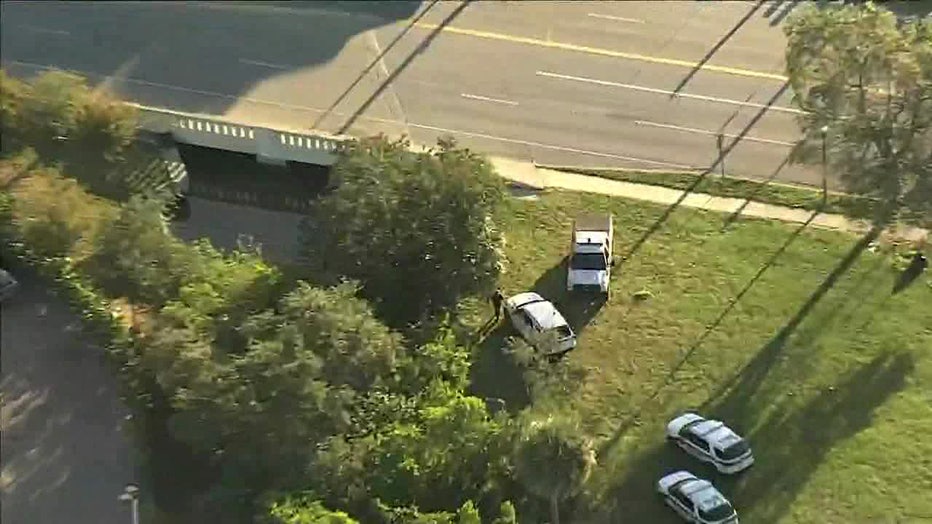 Mastry’s family has owned a nearby bait and tackle shop for nearly 50 years. He said he doesn’t recall any previous alligator attacks in the area.

Salt Creek runs from Lake Maggiore to Bayboro Harbor and is brackish near where the incident happened.

"You see them every now and then swimming up and down the creek and then they’re gone," said Mastry.

State wildlife officials called in a trapper who removed the alligator a few hours later. They say it measured 10 feet, 11 inches long.

Early Monday morning, a woman was attacked by an alligator in South St. Pete. FWC captured what is believed to be the suspected alligator.

The victim, identified only as a woman in her 50s, suffered severe injuries to her arms and was rushed to the hospital, where police said she is stable.

On average, since 1948, Florida has an average of five unprovoked bites per year. More than 300 unprovoked bites to people have been documented since that year. Alligators are found in all 67 Florida counties, FWC says, and there is still a potential for conflict between human and reptile. 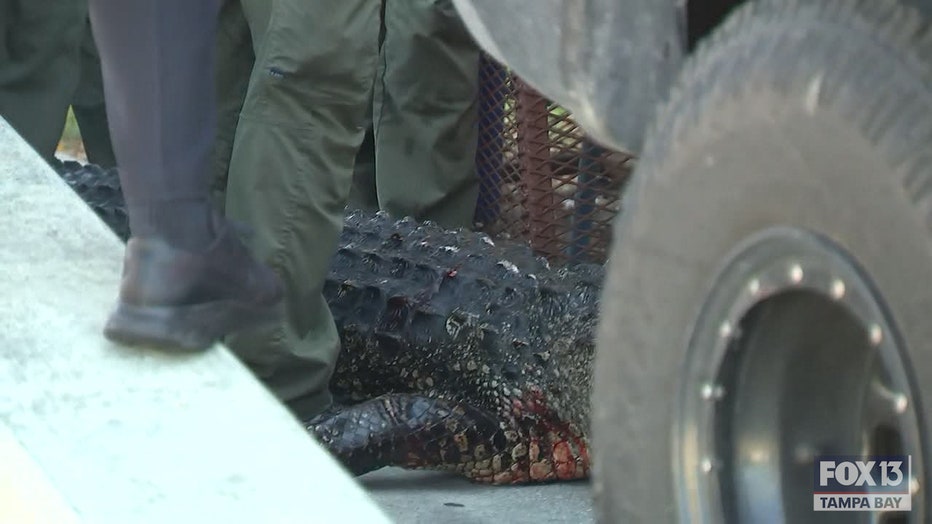 The gator was placed into the back of an FWC trapper truck before 10 a.m. Monday.

A viral video shows a massive alligator scarfing down another gator in South Carolina.