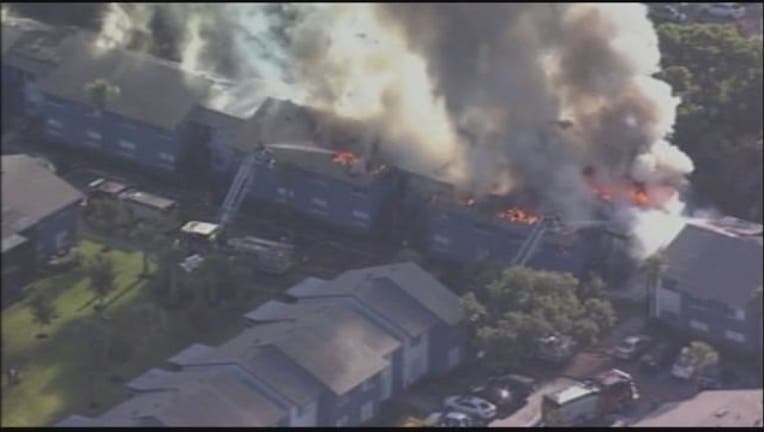 Orlando fire officials said at least 12 units were impacted, with 32 people displaced. Officials said Red Cross is assisting. There were no injuries.