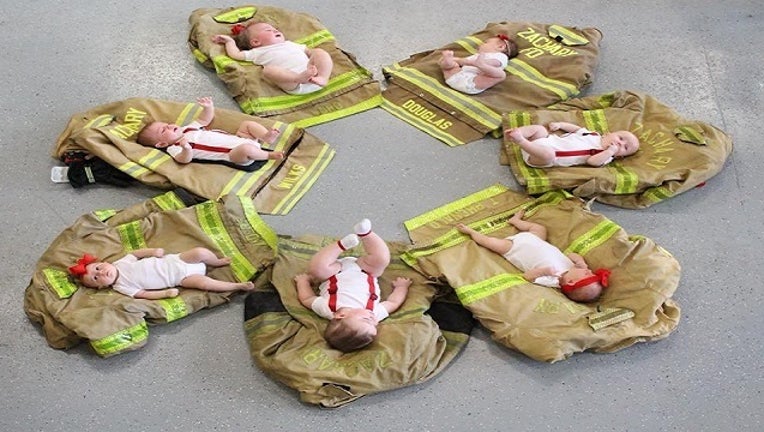 (STORYFUL) - There must be something in the water at Zachary Fire Department, in Louisiana, where firefighters are celebrating a baby boom after the birth of seven children to crew members in 11 months.

Listing the names of the seven new arrivals, the Zachary Fire Department’s Facebook page welcomed the babies to the “family”.

The “mini fire crew” of Harper, Harrison, Luke, Gavin, Sydney, Heidi and Cullyn were welcomed to the force in style with a series of photos, which show the dads proudly holding their offspring in front of a fire truck and another that shows the infants lying on their dads’ firefighter jackets.