Miles Gordon, a student at Palm Harbor University High School, decided to give the SAT a third try, and it's a good thing he did. He aced it.

PALM HARBOR, Fla. - It appears the third time was the charm for a Palm Harbor University High School student who ended up receiving a perfect score on the SAT.

It was Miles Gordon's third attempt at the standardized test, and he ended up receiving a 800 in math and an 800 in reading and writing. It turned out, he made a few last-minute changes.

"The math section I definitely found it easier than the reading section. In  the reading section, the very first passage I struggled to understand at first," he explained during a Good Day Tampa Bay interview, "and during the last minute there were two or three questions that I changed. I was definitely surprised to see all of those changes ended up right."

Gordon said when he received the notice that he got a 1600 score, he had to be sure it wasn't a dream.

"It's definitely exciting. It's been a few weeks now so it's starting to sink in," he said. "The first week I would often check again to see if it was still there." 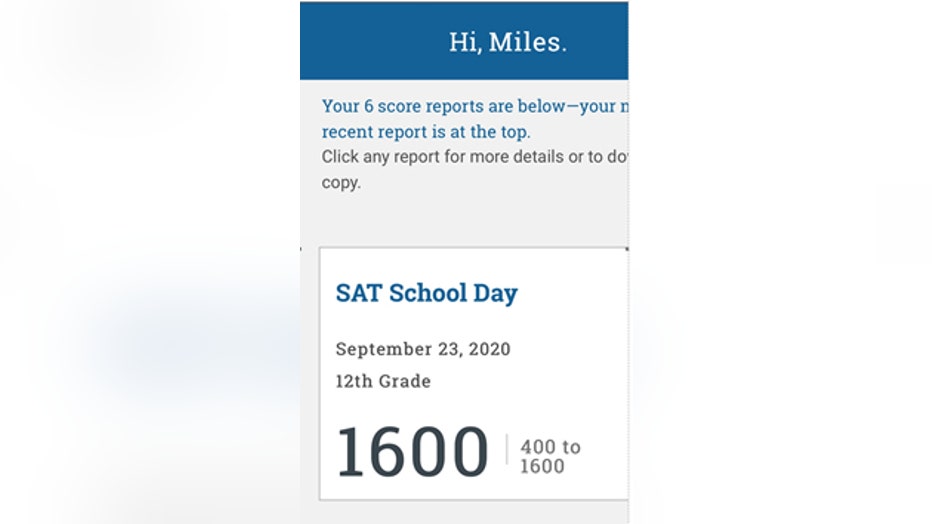 His first two attempts were about a year ago, and he often worked on the practice tests provided by the College Board.

"I had stressed myself out so much that it was difficult to avoid making careless mistakes because of the stress-level," Gordon recalled. "Before this one, I already had a decent score so that made it easier to just relax and just focus more. So, I didn't really do a lot of preparation before this one as opposed to the other two. It more of just relaxing myself."

As far as the pandemic, he said it didn't really impact his studying for the SAT.

"It didn't really limit my access because all of my study resources were online," Gordon said. "It's definitely made it more difficult with classes. I know a lot of teachers are struggling to have a virtual class an in-person class at the same time."

"As far as the SAT is concerned," he added, "obviously there are issues with the cancellation and I was surprised I was able to take it again at all. I don't think it had a major effect on my performance." 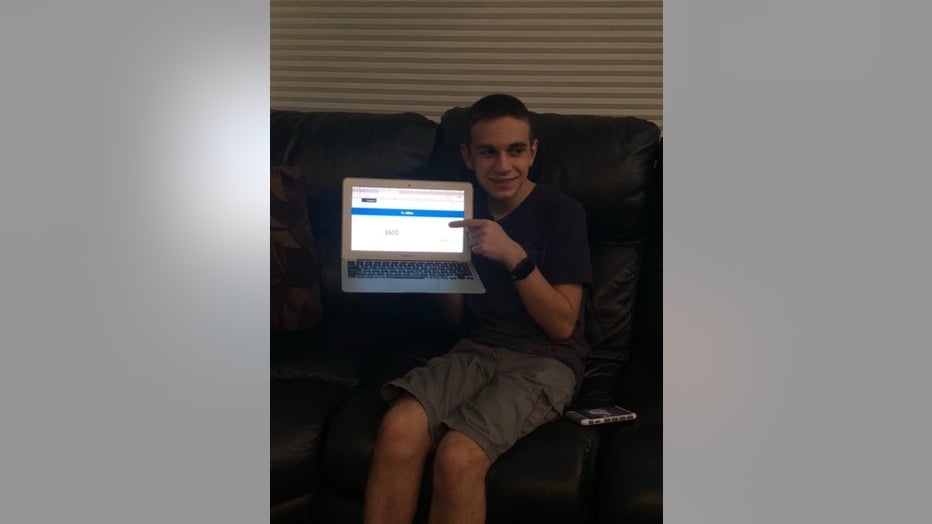 Gordon said during high school, he had a passion for robotics, and it is something he hopes to continue through college. His top choice: Georgia Tech.

"I want to study computer sciences," he said. "I'm hoping to take that into some sort of artificial intelligence or robotics-type of career."

However, he is still leaving his options open.

"I'm applying to a lot of the top computer-science schools and also there are great programs at UF and also UCF," Gordon explained. "So, I'm just excited to see where can go next with this."

His loved ones are obviously quite proud of his accomplishment. Gordon's mom says she thinks her son can change the world. It was a comment that appeared to make him blush.

"It's a lot of pressure," Gordon admitted, "but I mean it's nice to see that people are confident in me. It makes me more confident in myself to see the way that other people think of me. I guess it's just motivation."