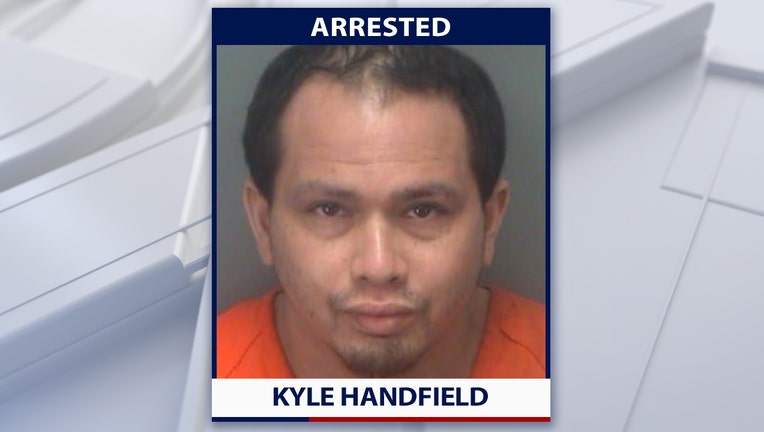 PINELLAS PARK, Fla. - Kyle Handfield, 32, a teacher at Fivay High School, is facing three counts of sexual battery custodial authority after deputies say he had an inappropriate sexual relationship with a 14-year-old student while teaching at a middle school in Pinellas County several years ago.

Deputies say the relationship took place from 2017 through 2018.

According to PCSO, Handfield initially began communicating with the student through a social networking site. The victim told detectives Handfield, who was her teacher at the time, engaged in inappropriate sexual activity with her while she was a student at Pinellas Park Middle School.

Handfield worked as a teacher at Pinellas Park Middle School from March 2015 until August 2020. Handfield has been employed with Pasco County Schools at Fivay High School since August of 2020.

Fivay High School Principal Jason Joens said Handfield has been the school's band director since 2020 and has been placed on administrative leave.

Detectives are not sure if there are additional victims. Anyone with more information is asked to call the Pinellas County Sheriff's Office, Crimes Against Children Unit, Detective Leib at 727-582-6566.