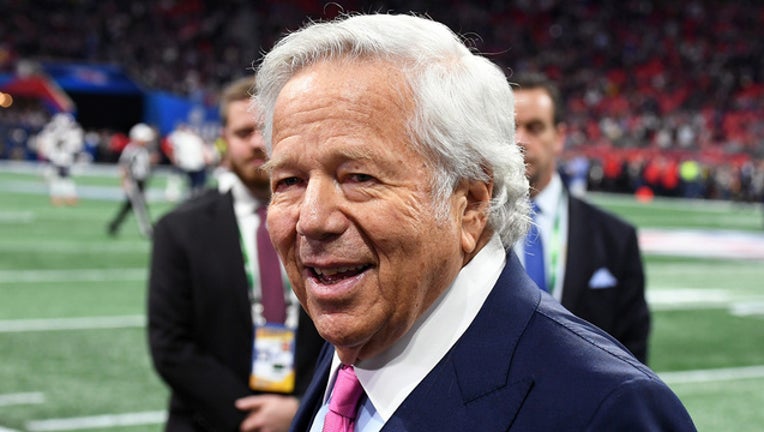 Court records show that the owner and manager of the Orchids of Asia Day Spa are still facing numerous felony charges related to running a house of prostitution.

The Florida 4th District Court of Appeal found last month that Jupiter police violated the rights of Kraft and the other customers when they secretly installed video cameras inside massage rooms at the spa in early 2019. The court then blocked use of the video footage at trial.

The recordings, which have not been made public, are the only known evidence the men paid for sex. It could not be immediately determined if the charges against the other men have also been dropped, but that is likely.

Prosecutors decided this week not to appeal that decision to the Florida Supreme Court, saying a loss there could have “broader, negative implications” on future law enforcement investigations beyond the Kraft case.

Kraft’s attorneys have already filed a motion asking that the recordings be destroyed so they could never be released to the public. They said Kraft might be willing to pay the state’s costs if anyone challenges a destruction order.

Kraft, 79, could still face suspension or other punishment from the National Football League.

He and the others were charged in February 2019 in a multicounty investigation of massage parlors that included the secret installation of video cameras in the spas’ lobbies and rooms. Police say the recordings show Kraft and other men engaging in sex acts with women and paying them.

Police say they recorded Kraft, a widower, paying for sex acts at the Orchids of Asia spa on consecutive days in January 2019. Kraft pleaded not guilty but issued a public apology for his actions.

A county court judge originally threw out the recordings, saying the warrant allowing the cameras’ installation didn’t sufficiently protect the privacy of innocent customers who received legal massages. The 4th District agreed, ruling that planting video cameras in private spaces is an “extreme” measure that should only be used when absolutely necessary.

“To permit otherwise would yield unbridled discretion to agents of law enforcement and the government, the antithesis of the constitutional liberty of people to be secure against unreasonable searches and seizures,” the court ruled.

Prosecutors argued that they needed the recordings to convict the Orchids of Asia owners of felonies, including possible human trafficking — though no one was charged with that crime. The owners must be shown receiving payments from the prostitutes and the only way to get that is to install cameras, prosecutors said.

If convicted, Kraft would have likely received a fine, community service and other sanctions that did not include jail time.

According to Forbes Magazine, Kraft is worth almost $7 billion. He employed several high-priced attorneys to defend him in the case.