Here's a look at all the men who People magazine has named the Sexiest Man Alive.

The 52-year-old actor’s magazine cover was unveiled Tuesday night on "The Late Show with Stephen Colbert," in which Colbert acted as a self-proclaimed "sexiness adjudicator" and took Rudd through a series of tests and assessments to ensure the accuracy of the title — including a physical exam and a Westminster Dog Show-type judging round.

Rudd also endured a rigorous photoshoot session, posed as a construction worker and a monk before finally pouring a gallon of water on himself while saying: "Help me, I'm drowning in sexiness."

After testing, Colbert told Rudd he "tested negative for sexy." But the actor’s gracious reaction is what secured him the title.

"There's nothing sexier than humility. That was the last test, and you passed, Paul" Colbert told Rudd. "Paul, you're the sexiest man alive."

"I'm the sexiest man alive?!" Rudd exclaimed, before being crowned and given flowers and a sash.

Rudd, who has appeared in numerous film and television roles throughout his career, told People for the cover story that he does "have an awareness, enough to know that when people hear that I'd be picked for this, they would say, 'What?'"

"This is not false humility. There are so many people that should get this before me," Rudd told the outlet. 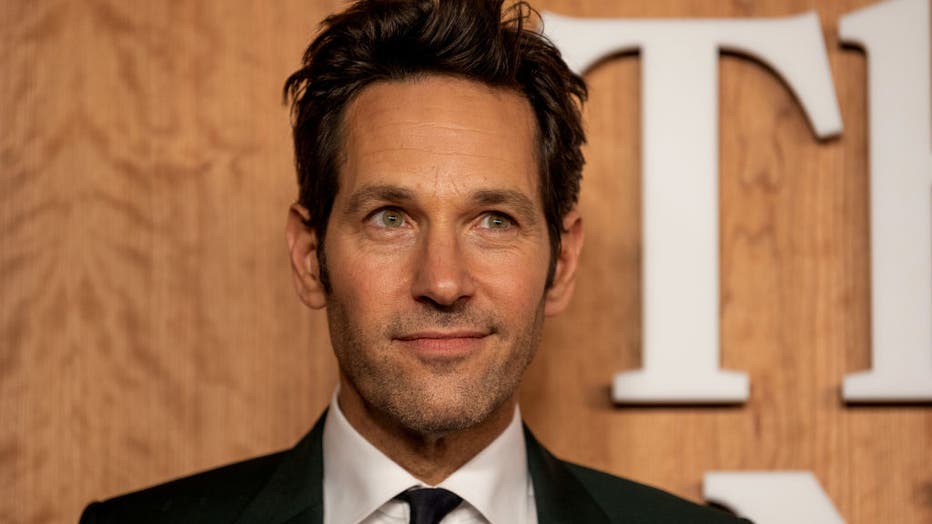 Rudd follows in the footsteps of actor Michael B. Jordan, who received the title in 2020, and singer John Legend in 2019, among many others.

The "Clueless," "Friends," and "Knocked Up" star has become a meme in recent years online for his ability to seemingly never age. Rudd joked that he is "going to lean into it hard."

"I’m going to own this," he told People.

"When I think about myself, I think of myself as a husband and a father, like I'm that," he said. "I just hang out with my family when I'm not working. That's what I kind of like the most."

Rudd added that his wife was "stupefied" upon learning about his new "sexiest man alive" title. He also anticipates his life changing quite a bit.

"I'm hoping now that I'll finally be invited to some of those sexy dinners with Clooney and Pitt and B Jordan," he told People. "And I figure I'll be on a lot more yachts. I'm excited to expand my yachting life. And I'll probably try to get better at brooding in really soft light. I like to ponder. I think this is going to help me become more inward and mysterious. And I'm looking forward to that."