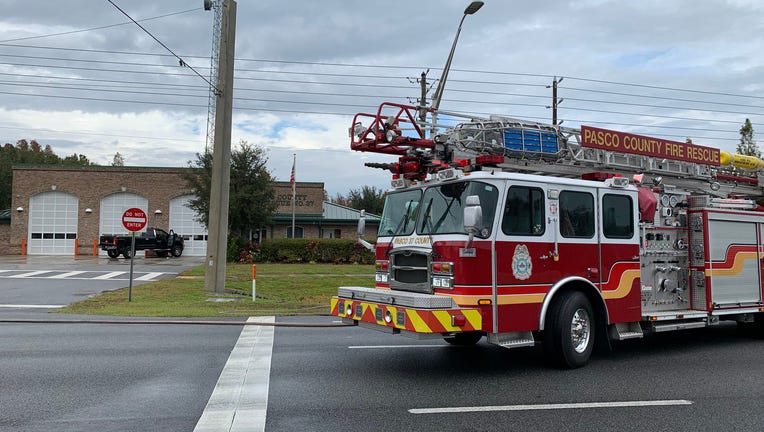 LAND O'LAKES, Fla. - One person was taken to the hospital with minor injuries after crashing into a high-pressure gas main before hitting the front bays of a Pasco County fire station in Land O’Lakes, according to Pasco County Fire Rescue.

According to the Florida Highway Patrol, a 55-year-old woman was traveling eastbound on S.R. 54, east of Ballantrae Blvd. when she suffered a medical emergency and lost control of her truck.

Troopers say the truck traveled north across all westbound lanes and collided with roadway signs. The truck then struck a utility box, a gas line and steel guard posts at the entrance to Pasco County Fire Rescue Station #37. The truck continued on before crashing into a concrete-filed steel bollard next to the fire station.

S.R. 54 was closed between Ballantrae Blvd. and Sunlake Blvd. for about an hour while firefighters attended to the gas leak.

PCFR says TECO shut off the gas in the area, but no residents were evacuated.