WINTER HAVEN, Fla. - Police in Winter Haven say they are looking for a suspect after two bodies were found at the Rose Hotel.

The mother of one of the victims called police Wednesday afternoon when she could not get in touch with her son, 40-year-old Timothy Anderson, who she said checks in with her daily.

Anderson's mother reportedly indicated that her son did not have a permanent residence, but was recently staying at the Rose Hotel, at 815 6th Street NW. Officers found his hotel room, but no one would come to the door or respond, so they had hotel employees let them in.

When they opened the door, they found the bodies of Timothy Anderson and 49-year-old Leslee Umpleby.

Officers backed out of the room and called investigators. Later that night, they processed the crime scene and interviewed witnesses. 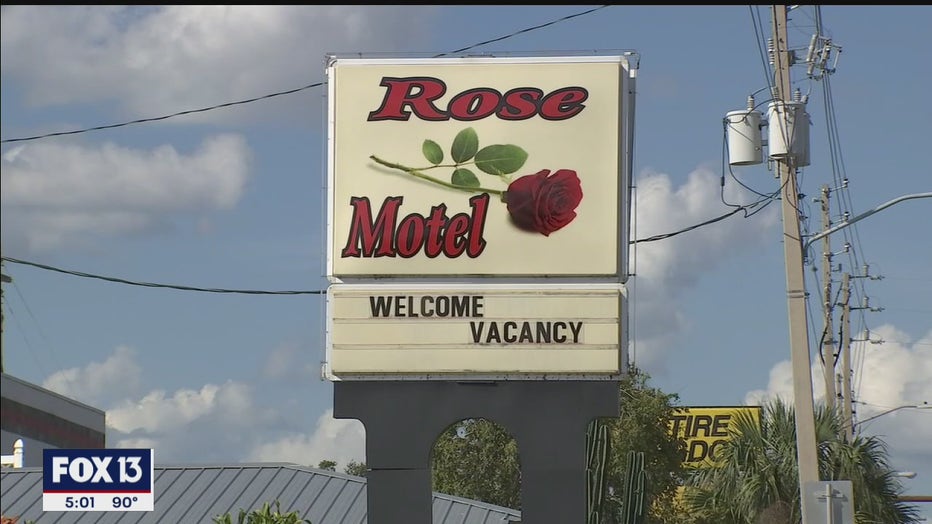 Two bodies were found at the Rose Motel in Winter Haven

Investigators hope someone knows the identity or whereabouts of the person wearing the hoodie. The witness reported seeing him or her walking along Highway 17.

Meanwhile, the victims' causes of death have not been determined. Autopsies are scheduled for Friday, Bird said.

Anyone with information about what happened is asked to call Winter Haven Police Department Detective Rod Esteve at 863-287-8210.

Callers wishing to remain anonymous should call Heartland Crime Stoppers at 1-800-226-TIPS (8477). Callers are guaranteed anonymity and could be eligible for a CASH reward of up to $3,000.