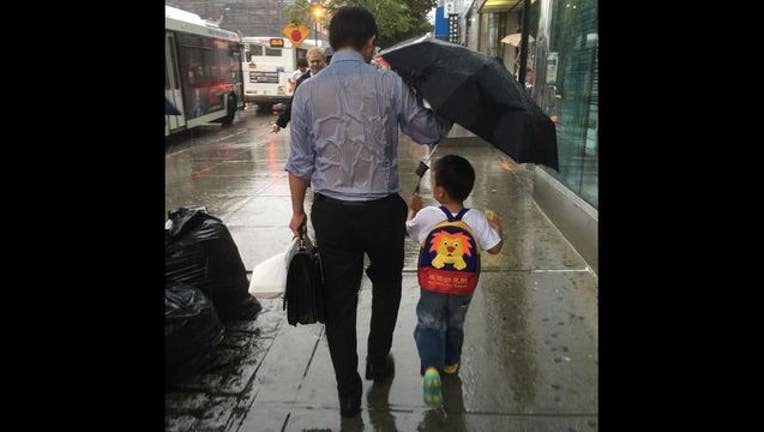 (KMSP) - A photo of a father holding an umbrella over his young son while allowing himself to get completely soaked in his work attire has gone viral. The image posted to Reddit on Saturday has a simple caption: “Dads.”

The photo was supposedly taken in Vancouver.  It has since generated hundreds of comments from people reflecting on the thoughtful things their parents have done for them. The internet has dubbed the man in the photo as “Umbrella Dad.”