LARGO, Fla. - A former sergeant in the Pinellas County Department of Detention and Corrections has been arrested after the sheriff says he was caught lying about beating an inmate.

Earlier this month, Sheriff Bob Gualtieri says, Sgt. Patrick Knight shoved, slapped, and punched a handcuffed inmate who was being disruptive, then told his supervisors that some of the man’s injuries were the result of falling in a cell.

A second deputy initially backed up Knight’s version of events but changed his story after "processing" what he'd witnessed, leading the sheriff’s office to open an investigation. 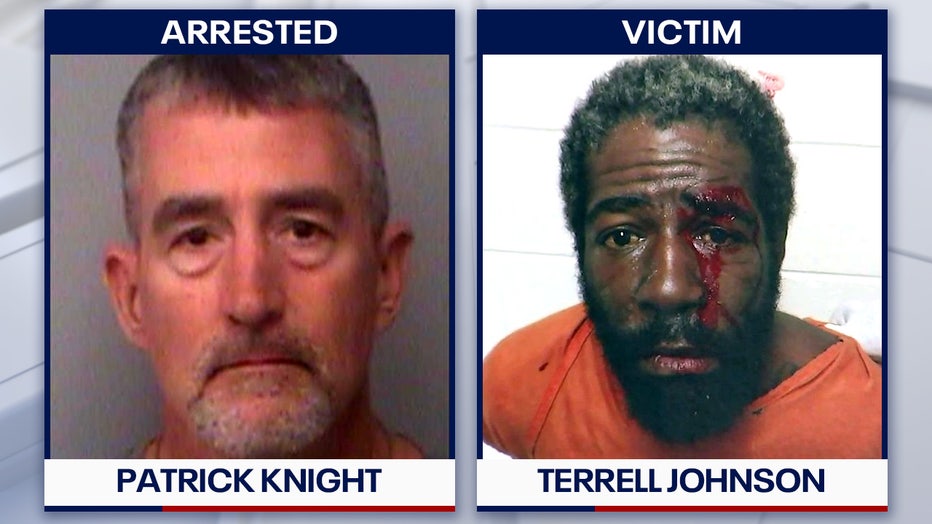 Knight was arrested Monday on charges of simple battery.

Gualtieri said his deputy’s actions and the alleged cover-up attempt were "just terrible."

According to detectives, 41-year-old Terrell Johnson was arrested by St. Petersburg police on November 18. During a routine inmate medical screening, Johnson told a nurse he had a food allergy. After that, deputies said Johnson became "disruptive and uncooperative with staff" and was handcuffed and put in a single cell to cool off.

Investigators say former Sgt. Knight and Cpl. Jameson Jessie were in the hallway when Johnson began to kick the cell door. They say Knight and Jessie entered the cell and that’s when Knight "pushed, slapped, punched and grabbed Johnson's hair without provocation or justification."

The sheriff said medics were able to suture the inmate’s wounds.

Afterward, investigators said they found inconsistencies in Knight’s written and verbal recollection of events. Jessie, meanwhile, made statements consistent with Knight's account of the incident, however, recanted his statement hours later.

A few days later, on Nov. 22, investigators told Knight an internal affairs investigation was being launched -- and he resigned the same day. Knight was arrested on Nov. 29 and charged with one count of battery and one count of official misconduct.

"This is a man – it doesn’t matter who you are or what you did – he didn’t deserve to be treated that way," Gualtieri added. "So when people say you got some law enforcement officers out there who are bad, who are doing the wrong thing, they’re right. And all we can do is hold them accountable."

Knight was hired at the Pinellas County Sheriff's Office in 1996.