How to view June's planet parade

Five planets will align in June for a celestial show before dawn.

June has a few special celestial events to add to your sky-gazing summer bucket list, including a quintet of planets to enjoy.

Throughout most of June, Mercury, Venus, Mars, Jupiter and Saturn will stretch across the sky like a string of pearls appearing in the dawn hours before sunrise.

Sky & Telescope Magazine is calling it a "planet parade" because the planets will also be in the correct order from the sun. 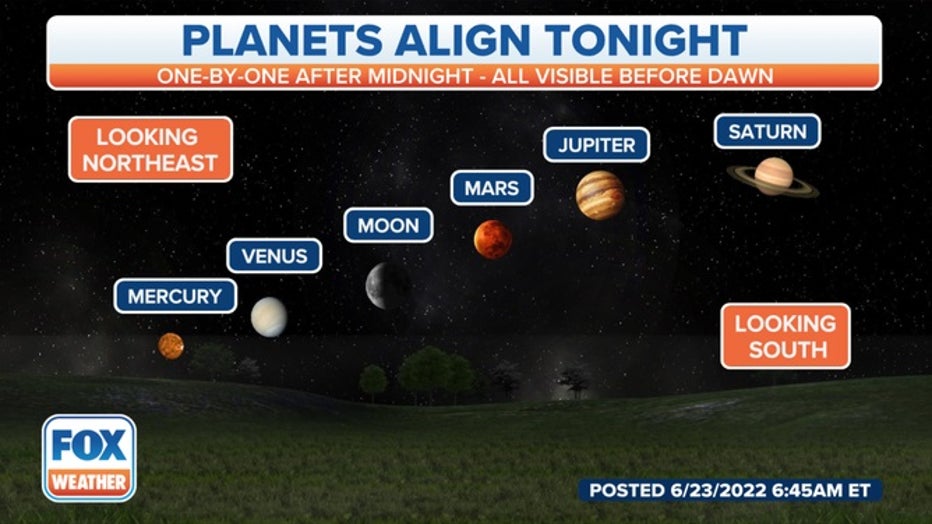 5 planets will align in the night sky (FOX Weather)

Mercury will be the hardest to spot as the last to appear in the lineup just before it's swallowed by sunlight. However, Venus, Mars, Jupiter and Saturn should be easy to see all month.

As a quartet, Venus, Mars, Jupiter and Saturn have appeared in conjunction over the past few months, but June is the last chance to see the group together before they begin to spread further out in the night sky.

Look for the planets in the sky before sunrise by gazing southeast.

Brightest planets align in the sky this June

Associate Astronomer at Hayden Planetarium Joe Rao provides tips on how to best catch the celestial alignment this month.

This celestial event requires no special equipment, but the view will be even better if you have access to a telescope or a local observatory. Binoculars could also help improve your experience.

If you want to know which planet is which, know that they are arranged in their natural order from the sun: Mercury, Venus, Mars, Jupiter and Saturn. A sky-gazing app like Stellarium can also help you identify all the planets. 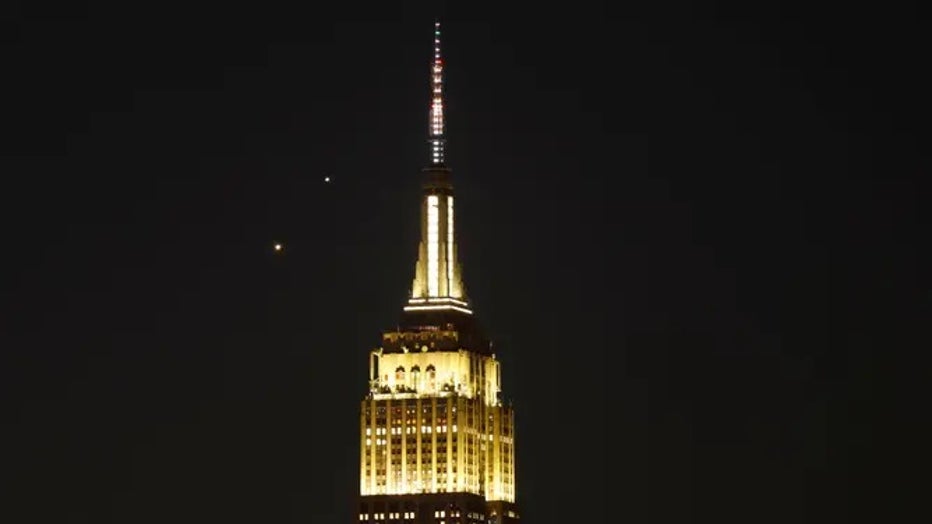 Planets Venus (left) and Jupiter rise together in the pre-dawn sky behind the Empire State Building in New York City on May 1, 2022, as seen from Hoboken, New Jersey. (Photo by Gary Hershorn/Getty Images)

Early in June, Mercury and Saturn will be the smallest in the sky. As the month progresses, the planets will begin to appear further apart in the sky.

WHAT A TOXIC INFERNO LIKE VENUS CAN TELL US ABOUT EARTH

Mercury will be more illuminated and higher on the horizon by mid-June, making it easier to spot.

Toward the end of the month, the five-planet alignment will add a sixth gem to the show. On June 24, Mercury will pup up above the horizon about an hour before sunrise. As a bonus, the crescent moon will appear between Venus and Mars.

According to NASA's Jet Propulsion Laboratory, Venus and Saturn will bow out as morning objects for most observers by September.

This collection of stars is best viewed with a telescope and will appear high in the eastern sky during the first hours of darkness all month. 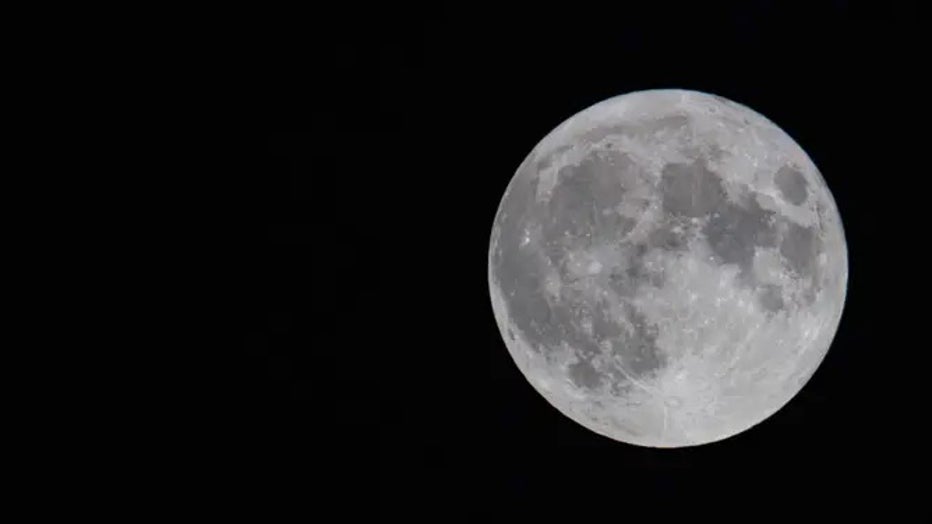 The first full moon of summer 2021, also known as the Strawberry Moon, the last supermoon of 2021 as seen in the Greek sky in Thessaloniki, Greece on June 24, 2021. (Photo by Nicolas Economou/NurPhoto via Getty Images)

The full moon in June is known as the strawberry moon.

The full lunar display falls on June 14 if you want to enjoy some outdoor time or maybe camp by moonlight. A new moon on June 28 will be the best time to head to a dark sky location away from city lights to look for your favorite constellations.