TAMPA, Fla. - September 5 of 2020 would start off as a typical day for new mom Yesica Boxtha. She would do a little shopping, dinner, and then come home and start a bath for her 8-month baby boy. But prosecutor Jennifer Johnson says it would take only minutes to end in tragedy.

During a plea hearing in a Tampa courtroom, Johnson described to the court what Boxtha did next.

"She left the bathroom to go retrieve clothing and a towel. At that time, she sat on the bed and fell asleep. The father of the child came home, found the child in the bathtub. The child was transported to the hospital and subsequently pronounced deceased," explained Johnson. 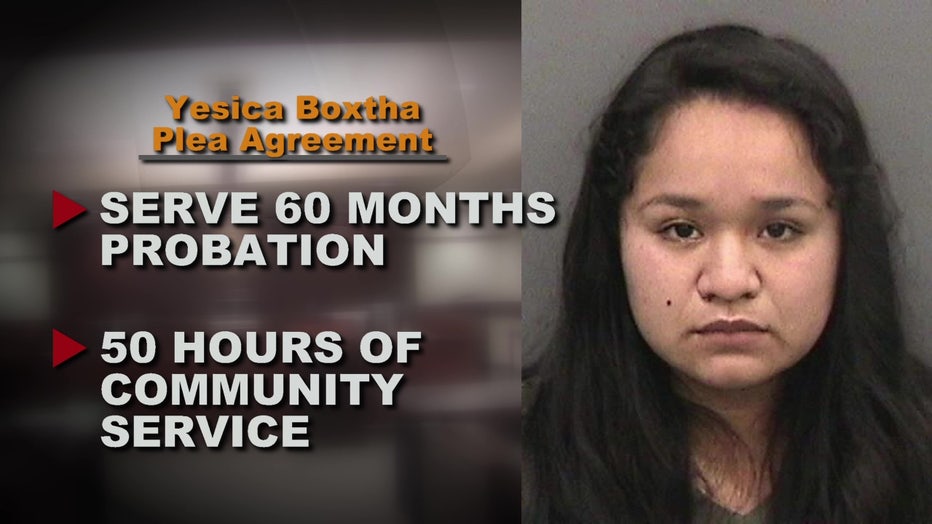 "Ms. Boxtha, you understand those the facts you are pleading guilty to?"

Court records show Boxtha, who was a teacher at Burney Elementary School, later told investigators her work schedule and sleep pattern had made her very tired.

In January, the 24-year-old was arrested and charged with aggravated manslaughter of child, but 10 months later, she was taking a plea deal to a reduced charge of child neglect, which normally carries a five-year prison sentence.

But under the terms of her plea agreement, Boxtha will serve 60 months’ probation, 50 hours of community service, and she'll have to take parenting classes.