ST. PETERSBURG, Fla. - The Animal House Pet Center in St. Pete is missing a very expensive bird, and police are hoping a slipped mask will help them identify the thief.

Recent surveillance video captured a man stealing a red-fronted macaw from its cage.  The bird is critically endangered in the wild and is worth $3,800.

"He was a store bird at that point every employee was brave enough to pick up," Grace Michener said. "He was really sweet -- you could flip him on his back tickle his toes, he was a great bird."

Along with the financial hit to the "mom and pop" pet store, Michener is worried about the bird's health and safety.

"That guy definitely doesn’t know he needs hand-feeding formula. I’m sure he's not aware of all the care a big bird like that needs, so that’s what's important to me," she said. 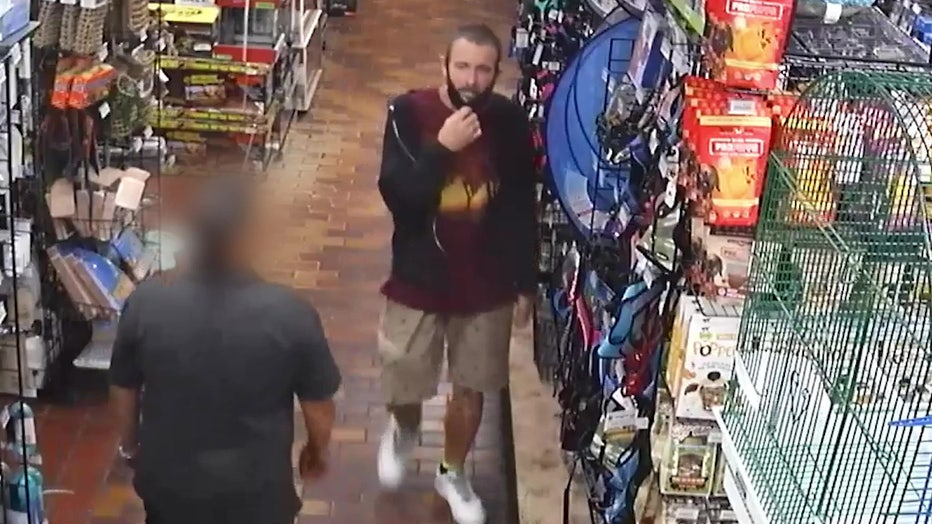 Police are hoping members of the public will come forward to identify the man seen stealing the bird in the video.

"At one point in the store we did get video of him with the mask pulled down on his chin, so we have a good picture of his face. We're hoping someone might recognize his face," said St. Pete Police spokesperson Yolanda Fernandez.

"I would like him behind bars but my main thing is getting the bird back. I just don’t want anything to happen to him," she said.