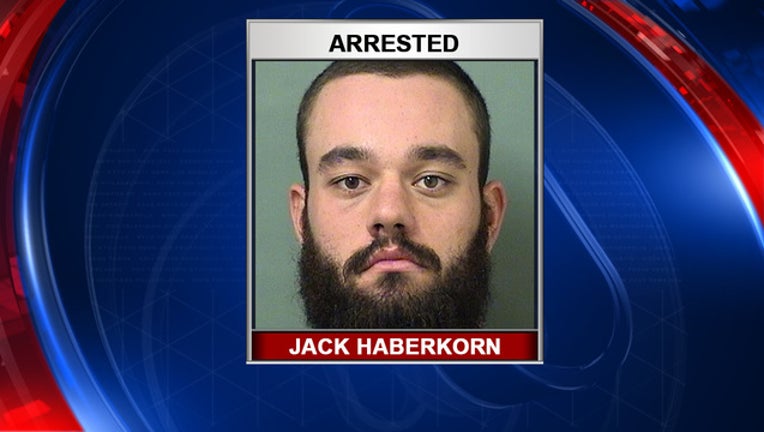 The Palm Beach Post reports that 22-year-old Jack Michael Haberkorn pulled in front of an off-duty officer on Saturday and began braking hard.

The unidentified officer told police Haberkorn responded with expletives and pointed a gun at her.  She called the incident in to dispatchers, and Haberkorn sped off, running a red light.

According to a police report, Haberkorn was arrested with a loaded .40-caliber pistol and illegal drugs in his possession.

He is being held in lieu of $81,000 bail on suspicion of carrying a concealed weapon and other charges.