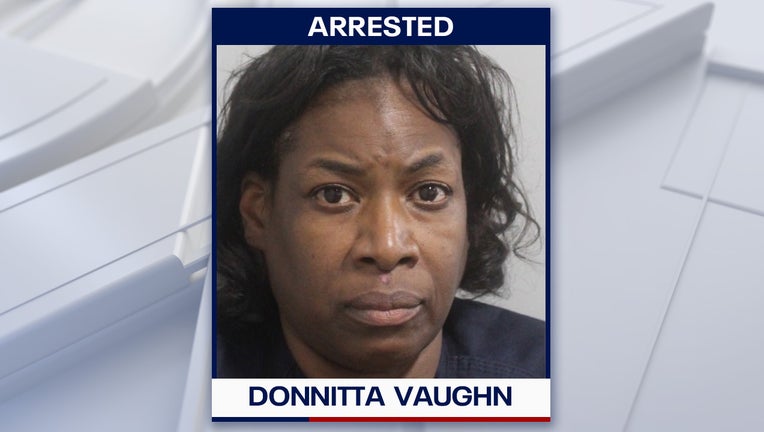 POINCIANA, Fla. - Polk County deputies arrested a caregiver accused of stealing more than $14,000 from her 80-year-old patient with dementia.

The sheriff's office said 56-year-old Donnitta Jean Vaughn of Kissimmee, a licensed Certified Nursing Assistant, was hired back in 2019 as the victim's caregiver to assist with personal care, household chores and transporting the woman to her doctor's appointments. Vaughn earned $720 a week in her role for the victim, who lives in Poinciana.

Six months into the job, Vaughn took the victim to the doctor, who told her the woman did "not appear capable of making responsible decisions pertaining to healthcare, finances, or housing matters."

Vaughn worked for the elderly victim until March 2021. While employed with her, Vaughn had access to the woman's financial information, including debit and credit cards, and other personal identification information, the sheriff's office said.

In the final weeks of Vaughn's employment, the victim's friend - who had power-of-attorney - learned that one of the elderly woman's credit cards was missing. After reviewing the missing credit card's statement, she discovered that there had been several fraudulent charges on the card, and also found suspicious activity on the victim's credit report.

When the friend talked with the victim about her finances, she learned that Vaughn -- who had initially been paid with checks -- was now driving the woman to the bank where she would withdraw cash to pay her. At that point, the victim's friend contacted the Polk County Sheriff's Office.

Additionally, investigators also found payments to Duke Energy for Vaughn's personal residence, along with three credit cards fraudulently obtained in the victim's name. The sheriff's office said those cards were used to buy clothing, jewelry, cosmetics, bath and travel items, meals at restaurants, and to pay childcare fees. In total, Vaughn had charged $9,594.28 to those cards, detectives said.

RELATED: Polk school bus driver who ‘didn’t want to get in trouble at work’ accused of damaging surveillance system

When investigators spoke to Vaughn, they said she admitted to detectives that she felt she wasn't getting paid enough. Since she knew the victim didn't have the mental capacity to give permission for an increased salary, she began using the victim's credit cards to pay her bills and buy other items, the sheriff's office said.

"Licensed medical professionals are entrusted with caring for and protecting people during their most vulnerable moments. Instead of caring for the victim, Vaughn took advantage of her situation and stole thousands of dollars from her," Sheriff Grady Judd said in a statement. "Thankfully, the victim’s friend called us right away, and we will do everything in our power to ensure Vaughn is held accountable."

Vaughn was arrested and charged with multiple felonies, including grand theft, exploitation of the elderly, criminal use of personal ID of a person over the age of 60, fraudulent use of credit cards, and obtaining property by fraud.