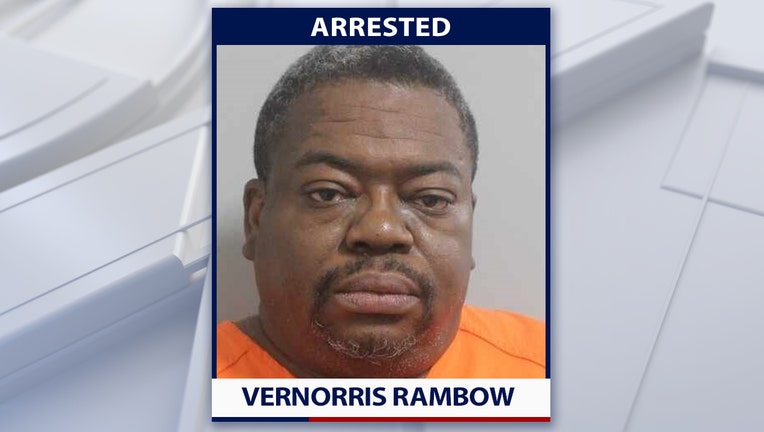 BARTOW, Fla. - Polk County deputies have arrested school bus driver Vernorris Rambow, 47, of Kissimmee on one count of felony criminal mischief after they say he repeatedly damaged the video surveillance system hard drive on his bus.

According to deputies, Rambow is suspected of damaging the device on four separate occasions, which hindered Polk County Public Schools' investigations into several complaints against the suspect.

In September 2021, PCPS received a complaint regarding Rambow and sent a specialist to retrieve the video from the onboard camera. However, the video could not be retrieved due to the fact that the hard drive and wires were damaged, according to PCSO. The hard drive was replaced.

Deputies say two months later, PCPS received a complaint from a parent whose child rides the bus, regarding bullying by other students. They sent another safety specialist to retrieve the video, but once again there was no video due to the same type of damage to the video system hard drive and wires. The hard drive was replaced.

According to PCSO, in January 2022, Rambow's supervisor had a heated phone conversation with him while he was on the bus. She sent a specialist to retrieve the video evidence of the conversation for disciplinary reasons, and again the system was damaged, and no video existed. It was again replaced.

After the third incident, PCPS suspected Rambow was intentionally damaging the hard drives. His supervisor told him that another complaint was received and that they were going to retrieve video from the bus. No video existed due to the same type of damage to the hard drive, according to deputies.

PCPS contacted the sheriff’s office to investigate. Detectives interviewed Rambow and say he eventually admitted that he had damaged all four hard drives because he "did not want to get in trouble at work."

Deputies say at this time it does not appear that Rambow damaged the equipment to avoid any other crime being committed on the bus, but the investigation is ongoing.

Rambo was arrested and released from the Polk County Jail after posting $1,000 bond.