As downtown Tampa booms, the mayor and other leaders are being asked what measures the city is taking to make sure gridlock isn't around the corner.

TAMPA, Fla. - It's a prime real estate double play. The Port Authority is selling a dirt lot near the Florida Aquarium for nearly $5 million.

The buyer plans a new high-rise building right next to one already underway, the 35-story Eleve 61 which features condos starting at $800,000.

"It's a growth period unlike anything I've ever seen in my lifetime," said Tampa Mayor Jane Castor.

She inherited a flurry of new construction -- from Tampa Heights, where a new Marriott Moxy Hotel was announced Tuesday, to the Midtown project in West Tampa where a big parking garage is under construction and a new traffic light is being installed on Himes Avenue near I-275 to handle the additional traffic.

Cookson favors an improved version of Bus Rapid Transit or BRT, along with expanded and modernized streetcars, and streets that are more scooter, bicycle, and pedestrian-friendly.

"We cannot continue to double down on what we've done in the past," she said. "It's a failing way of approaching this." 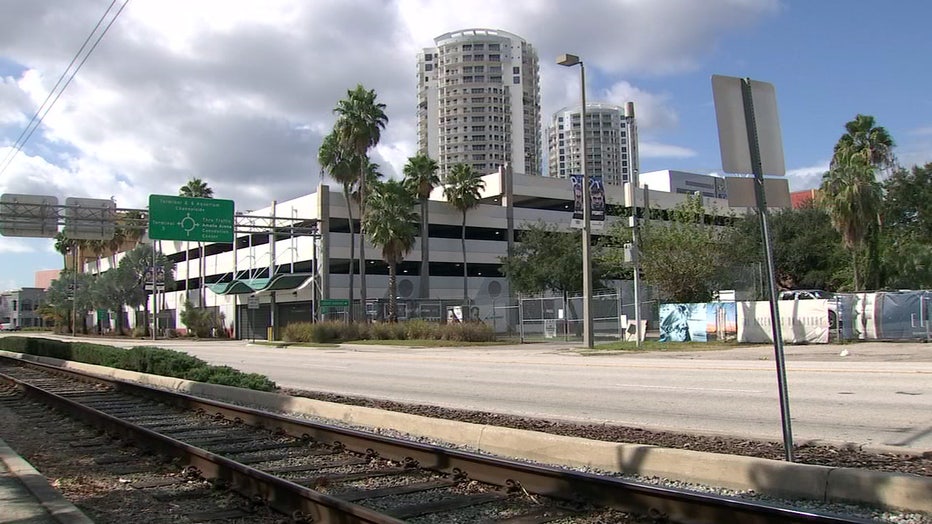 We don't have Los Angeles-style gridlock yet, "but it could be very quickly if we don't do something about this," agreed Castor.

Even more new buildings could come when the old ConAgra flour mill is moved from downtown. That will remove an 80-year-old barrier and finally link Downtown Tampa with Channelside.