Odds you win the lottery are slim

But smaller prizes can be won by matching fewer numbers. Three tickets for Saturday’s drawing are worth the game’s million-dollar prize. One of them is a multiplier, meaning it’s worth $2 million.

For the lucky few who win the grand prize, the money can be claimed in two ways. A winner can opt for a one-time lump sum payment equal to the value of the prize pool. That’s $371.5 million in Monday night’s drawing. 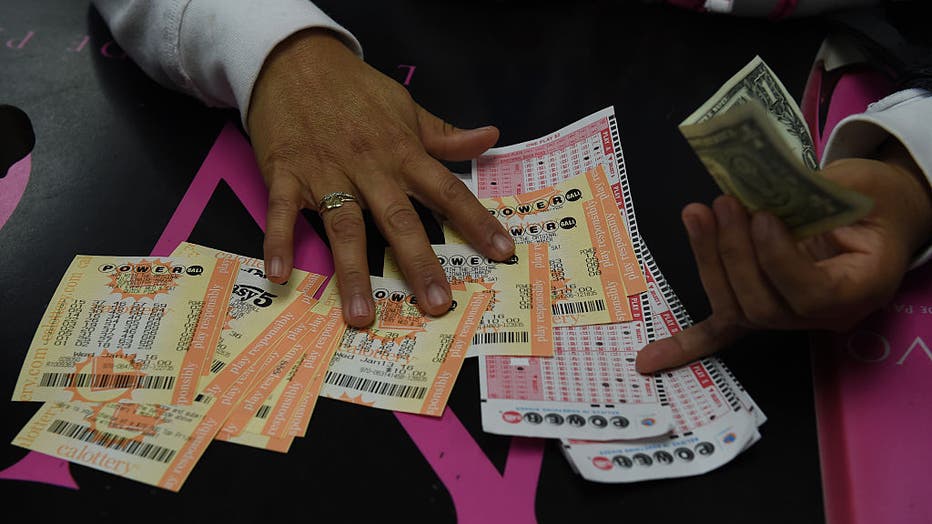 A customer picks up her California Powerball lottery tickets at the famous Bluebird Liquor store which is considered to be a lucky retailer of tickets, in Hawthorne, California on Jan. 13, 2016. (Photo credit should read MARK RALSTON/AFP via Getty Im

A winner could also choose to receive an annuity, which will give them the entire jackpot in annual payments over 30 years. Each payment is 5% larger than the previous to offset inflation.

Powerball data shows an overwhelming preference for the lump sum. An annuity has not been chosen since 2014.

No matter which method the winner goes with, Uncle Sam will have his due. Federal and local taxes apply to both options.

Nobody has had to make that decision since Oct. 4, 2021, when the Powerball’s $699.8 million jackpot was won. Since then, the game has held 38 consecutive drawings without a grand prize winner.

Powerball holds its drawings every Monday, Wednesday and Saturday night. Once a jackpot-winning ticket is sold, the prize will reset at $40 million ahead of the next drawing.