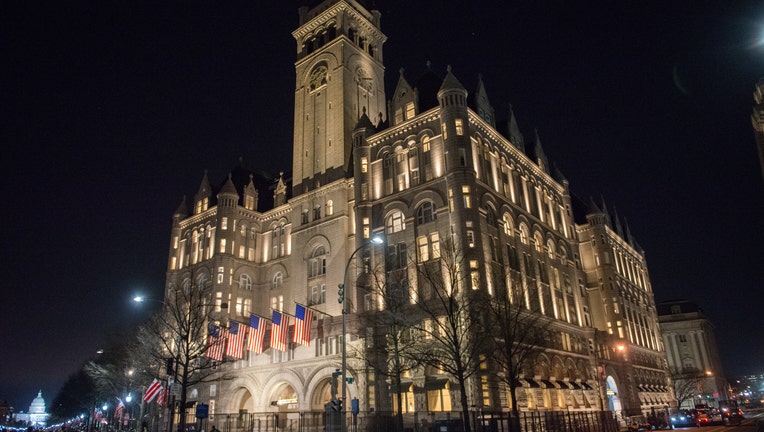 WASHINGTON, DC - JANUARY 19: A view outside Trump International Hotel Washington, D.C. one day before the inaguration of Donald Trump January 19, 2017 in Washington, DC. Hundreds of thousands of people are expected to come to the National Mall to wit

WASHINGTON (AP) - President Donald Trump has his eye on hosting an election night party at his own hotel in the nation’s capital.

Over the past several days, the campaign has pushed out fundraising emails in the president’s name offering donors the chance to enter a drawing “to join Team Trump at the Election Night Party in my favorite hotel,” in Washington, suggesting he will use his luxury hotel as the backdrop for reacting to election results. The campaign has also spotlighted plans for the party in fundraising blasts from the president's son Donald Trump. Jr.

“November 3rd will go down in history as the night we won FOUR MORE YEARS. It will be absolutely EPIC, and the only thing that could make it better is having YOU there,” Trump said in a fundraising solicitation.

For Trump, an election night party at his own hotel is symbolic for a businessman who leveraged his celebrity as a reality star and New York real estate magnate to win the nation's highest office.

Critics see it as one more reminder of how the president has used his office to personally profit as foreign leaders, conservative supporters and administration officials use the lobby of Washington’s Trump International Hotel as an unofficial clubhouse for the Trump presidency.

Since 2017, the president and Republican National Committee have held several fundraisers at the president’s Washington hotel in the historic Old Post Office building, which the president’s company leases from the federal government.

Over the course of his presidency, the Trump campaign, the RNC and their joint-fundraising committees have spent over $7.4 million at Trump-branded properties. 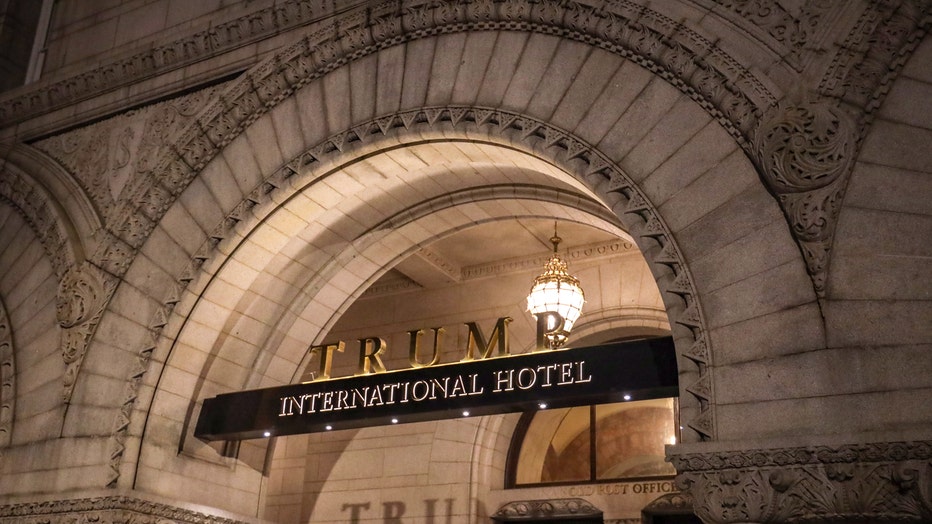 The Washington hotel, which is blocks from the White House, has been sold out for weeks for Election Day as well as the days before and after Nov. 3. A basic room then is going for $1,200 a night, nearly triple the $476 room rate on Monday.

“Donald Trump has spent his entire presidency funneling taxpayer, campaign, special interest and foreign government money into the business that he still owns,” said Donald Sherman, deputy director of the nonprofit government watchdog group Citizens for Responsibility and Ethics in Washington. “In some ways, election night is going to be the pinnacle of his self dealing.”

The White House referred questions on the president’s election night plans to the Trump campaign, which did not respond to requests for comment.

It’s unclear how big Trump’s election night party will be. The District of Columbia, under coronavirus protocols, has capped mass gatherings at 50 people.

The president has sidestepped the district’s rules, which hold no weight on federal property, at other recent events. The president hosted hundreds of people on the White House grounds for an Independence Day weekend celebration, for his Republican National Convention speech in August and again at last month’s Rose Garden announcement of the nomination of Judge Amy Coney Barrett to the Supreme Court.

District of Columbia Mayor Muriel Bowser told reporters on Monday that she had heard of plans for an election night party and added, “We will be in touch with our licensee, which is the hotel."

Bowser also more broadly questioned Trump’s wisdom in holding large gatherings at a moment when cases are spiking in the U.S. Shortly after Barrett won Senate confirmation, Trump hosted a ceremony Monday evening on the South Lawn of the White House during which Barrett took the oath of office.

“You can believe that you can go to the White House and get COVID and that nothing’s going to happen to you. Perhaps,” Bowser said. “Or you can die from it.”

Trump held his 2016 election party in his then-hometown of New York. But he booked his victory party at New York’s Hilton in Midtown Manhattan because his own nearby Trump International Hotel & Tower didn’t have a big enough room.

It’s unclear how much of a presence Trump himself will be in the election night festivities this time. With a significant portion of the electorate opting to mail in their ballots, that could delay tabulation of results.

Sherman noted that Trump, whenever he leaves office, will have a Secret Service detail for the rest of his life like other past presidents. With every Trump trip to one of his properties, taxpayers will cover the tab of agents protecting the 45th president.

“I have a high level of confidence that Donald Trump will find a way to have government or special interest money go to his hotels regardless of the outcome of next week’s election,” Sherman said.