Ukraine is in chaos after Russia launched a full scale invasion in all directions.

"The situation in Ukraine right now is clearly a very scary situation. Our folks that were on the ground within minutes of feeling and hearing the first explosions decided that it was time to get it in action," Project Dynamo spokesperson James Judge said. 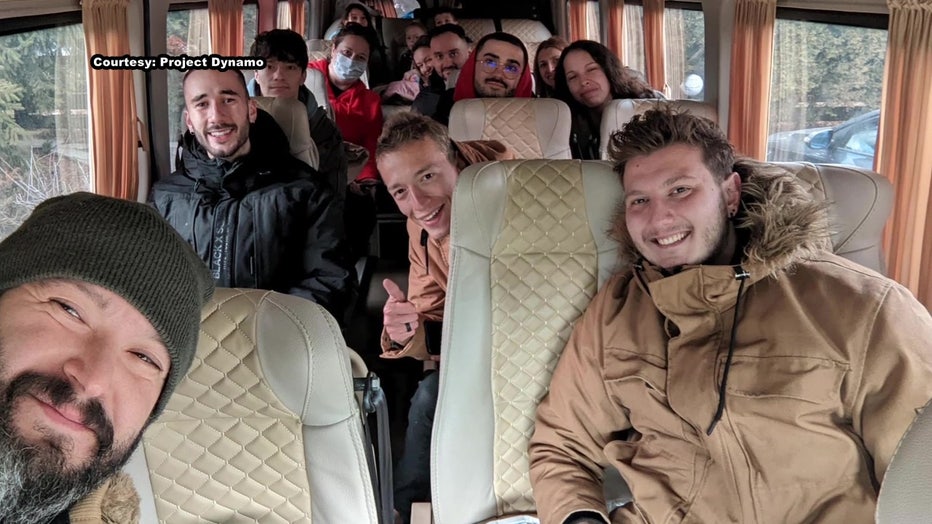 Surveillance video showed the moment a missile struck a residential high-rise in Ukraine. In another video from inside the building, you can see the moment of impact. At least six civilians were injured.

Meanwhile, another video shows the moment a Russian tanker ran over a car with someone inside. Thankfully, the driver survived. Video showed the moment rescuers helped free him from the car.

Both situations are just a peek at the terror playing out as U.S. citizens stuck in Ukraine work to flee the country.

Anger over Russia’s invasion of Ukraine could be felt in downtown St. Pete over the weekend.

"As of this evening, we've successfully completed two missions. Those buses that we were able to get out of Ukraine included Americans, their families, and also people from surrounding countries who needed to get out," Judge said.

Americans were among a bus load of evacuees escaping Ukraine thanks to Project Dynamo. As Judge explains when Russia first invaded on Thursday their website was inundated with more than 2,000 requests from people wanting their help to flee the country. The group previously helped U.S. citizens escape from Afghanistan and are now using that experience to help get people get out of Ukraine.

"Russia has been somewhat indiscriminate in how they've gone after this, sadly, and people have died as a result. All those challenges exist. Our goal is to figure out how to get people out safely and get them back to the United States or to the country where they're seeking to get to have," Judge said.

"It is a dangerous situation. We're trying to get Americans out, their families and other folks who need to be rescued as quickly and safely as possible," Judge said.