CLEARWATER BEACH, Fla. - The city of Clearwater is warning beach visitors to watch out for jellyfish. A sting will quickly ruin a relaxing day at the beach.

The city of Clearwater says they’ve seen an increase in the number of jellyfish stings in the last few days. 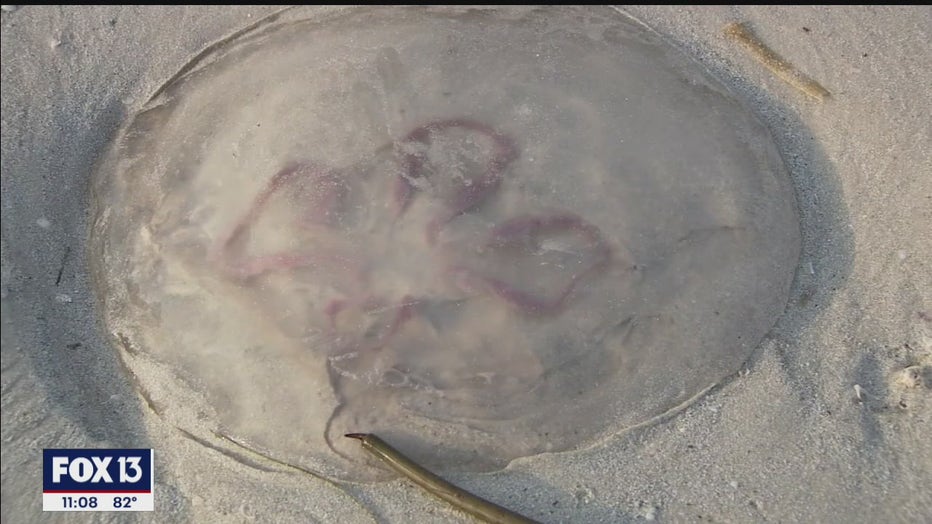 "Today is my first time ever seeing a jellyfish," said Jpresha Jackson. "They're not what I expected. It's pretty cool though."

Clearwater Marine Aquarium said early fall is typically the time of year when jellyfish spawn, which would cause a large group of the transparent creatures to gather.

Andrea Mangoni captured this video of a jellyfish calmly swimming through the still waters of a canal in the center of Venice.

But you don’t have to be an expert to know that you don’t want a close encounter with those tentacles or the tiny stinging cells they deliver.

"I've been stung before. It's not exactly the most pleasant thing," said beachgoer ZJ Fultineer. 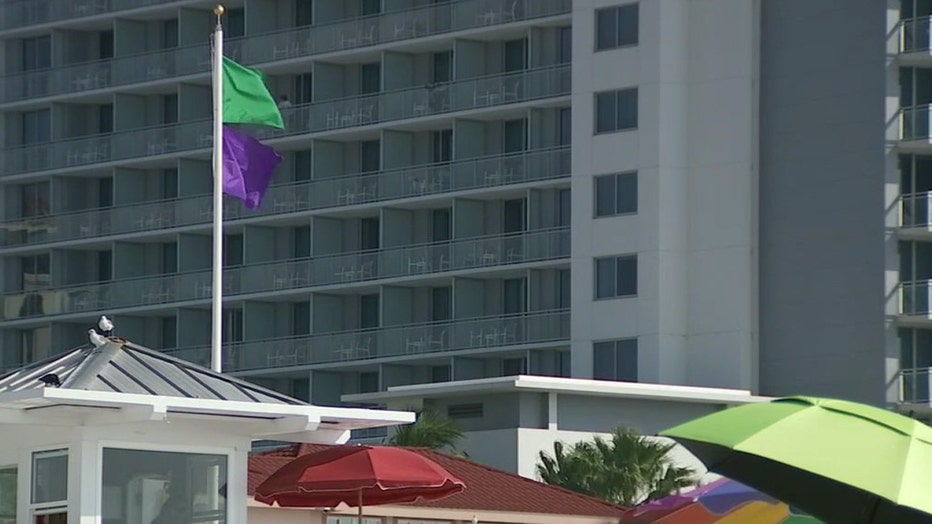 Jellies are about 95% water. While they may seem pretty tame, lying flat on the sand, the Florida Department of Health warns that even dead jellyfish can sting.

And the sight of them is a sure sign that there are more floating blobs nearby.

If you do get stung by a jellyfish, the city of Clearwater says to look for the closest lifeguard station where trained professionals can help make sure you're OK.

Dr. Taz Bhatia, founder of the CentreSpringMD and Spa in Atlanta, also says to apply a paste of baking soda and water to the area.