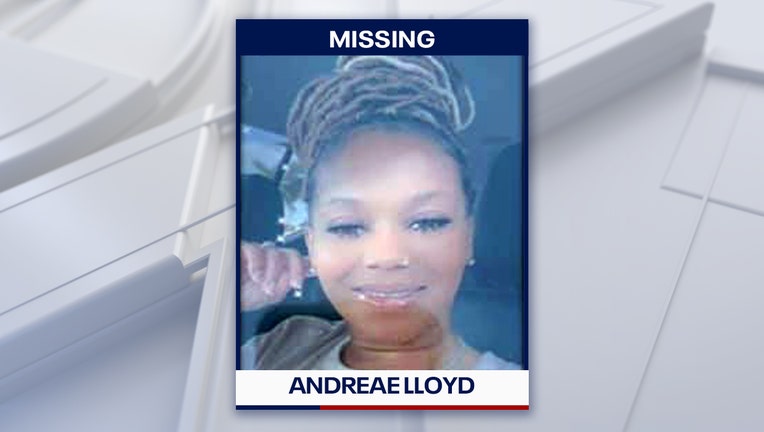 MIAMI, Fla. - Human remains were found during the search for a South Florida mother who was seen being dragged from her workplace early Tuesday morning, police sources tell WSVN 7News.

The source said the remains have not been positively identified as 27-year-old Andreae Lloyd, who was seen being dragged from the home where she worked as a caretaker.

Lloyd's boyfriend was being questioned by police, WSVN reported.

Miami-Dade Police Detective Angel Rodriguez told the news outlet that a family member of the woman saw Lloyd's boyfriend in a wooded area near 130th Avenue in Miami-Dade and reported it to police. Rodriguez said a cadaver dog was brought to the area, where it alerted to the remains. 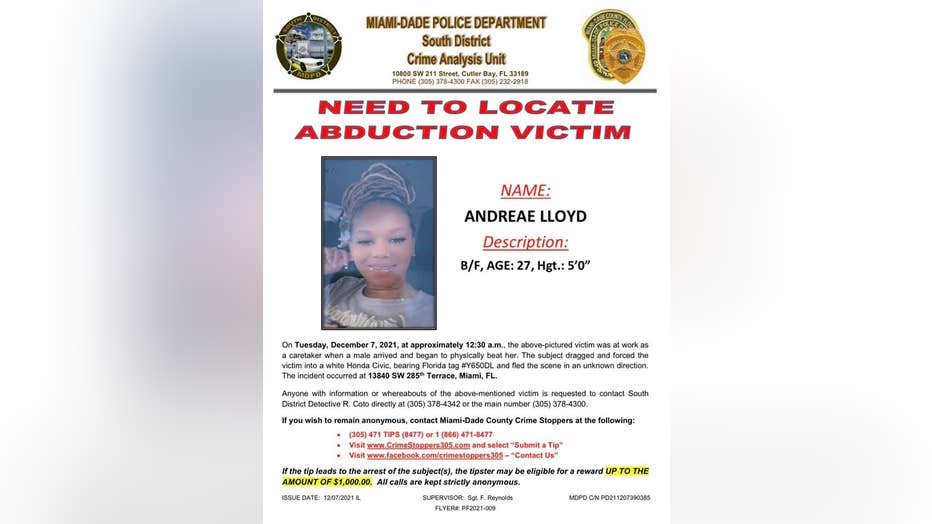 Lloyd was working as a caregiver just after midnight Tuesday when a man was seen beating her and dragging her to a car before taking off.

Her family said the mother of two recently revealed she was pregnant with her third child.

Police were searching for Lloyd's white Honda Civic with Florida license plate Y650DL. Anyone with information is asked to call Miami-Dade police.

Read updates on this story from WSVN 7News.