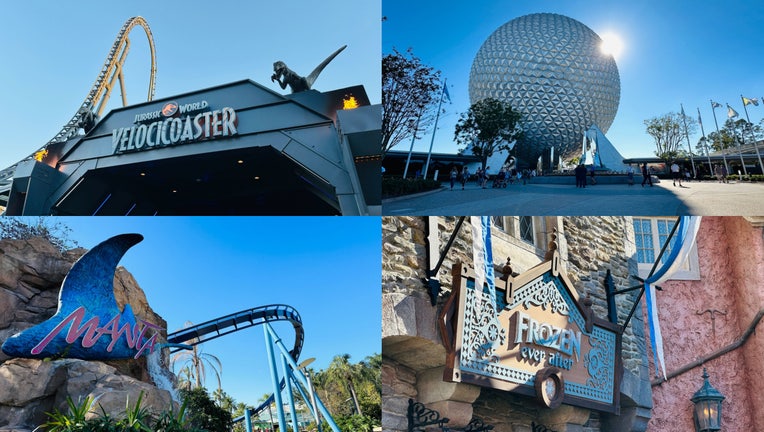 ORLANDO, Fla. - Guests visiting some of Florida's major theme parks during 2022 experienced motion sickness, dizziness or passed out while on rides, as others experienced more serious events, including cardiac events, heart palpitations, or in one case, a woman went into labor, according to incidents reported to the state.

Walt Disney World, Universal, SeaWorld Orlando, Busch Gardens Tampa Bay, and Legoland Florida all self-report incidents to the Florida Department of Agriculture and Consumer Services (FDACS), which is in charge of inspecting attractions and rides at amusement parks around the state. However, the major theme parks are exempt, providing they have more than 1,000 employees and have full-time inspectors on staff, according to the FDACS website.

According to the Memorandum of Understanding Exempt Facility Report, some 60 incidents were reported at Walt Disney World, Universal, and SeaWorld during 2022, with most from Walt Disney World's and Universal's theme parks. Certainly, a small number compared to the millions of people that visit the theme parks every year.

Here are some of the incidents that were reported:

During the third quarter, which spanned July - September 2022:

No incidents were reported at SeaWorld, Busch Gardens, or Legoland.

During the second quarter, which spanned April - June 2022:

During the first quarter, which spanned Jan. to March 2022:

All of the major theme parks have health and safety info posted to their websites, as well as safety information and guidelines posted outside their attractions with info on height requirements, type of attraction, and who should ride or not ride a particular attraction.