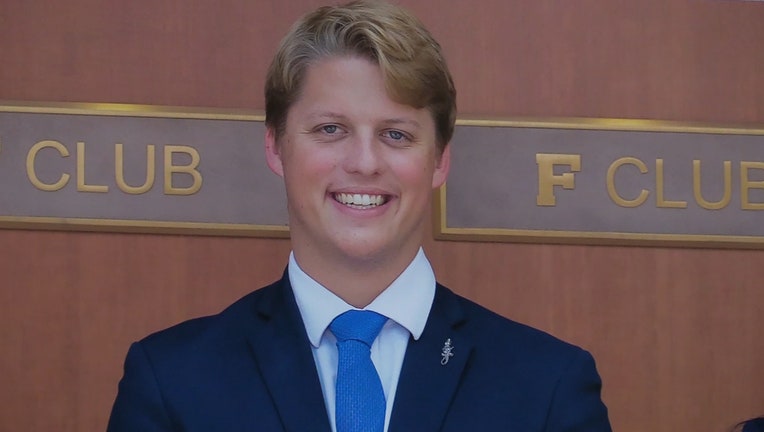 TALLAHASSEE, Fla. - Leaders of the Republican Party of Florida on Friday sent out a blast email to support University of Florida student body President Michael Murphy, who faces impeachment over his decision to bring Donald Trump Jr. to campus last month.

“If it was Chelsea Clinton, they’d be praising him. Enough is enough!” the party email said. Murphy came under fire after emails disclosed by the university’s student newspaper showed the campaign of President Donald Trump reached out to Murphy to bring the younger Trump and his girlfriend Kimberly Guilfoyle, a Trump campaign adviser, to the school.

Student activity fees were used to pay $50,000 for the appearance. The impeachment resolution said Murphy “not only endangered students marginalized by the speaker’s white nationalist supporters, but also abused his power to advance a particular political party at the expense of the student he should represent.”

State Republican leaders on Friday said it is “completely outrageous” that Murphy is facing impeachment for inviting Donald Trump Jr. to speak on campus.