BROOKSVILLE, Fla. - A Road Ranger working at the site of a rollover crash on Interstate 75 in Hernando County had to be airlifted with serious injuries after being hit by a driver who drove around traffic cones that had been set up on the highway.

The Florida Highway Patrol said the Ranger was responding to a crash involving an overturned tractor-trailer on southbound I-75 at mile marker 301 just before 2 a.m. Thursday.

The driver of the tractor-trailer took evasive action to avoid a crash, hitting the concrete barrier wall on the highway and causing the truck to overturn onto the northbound lanes of I-75, where it caught fire. 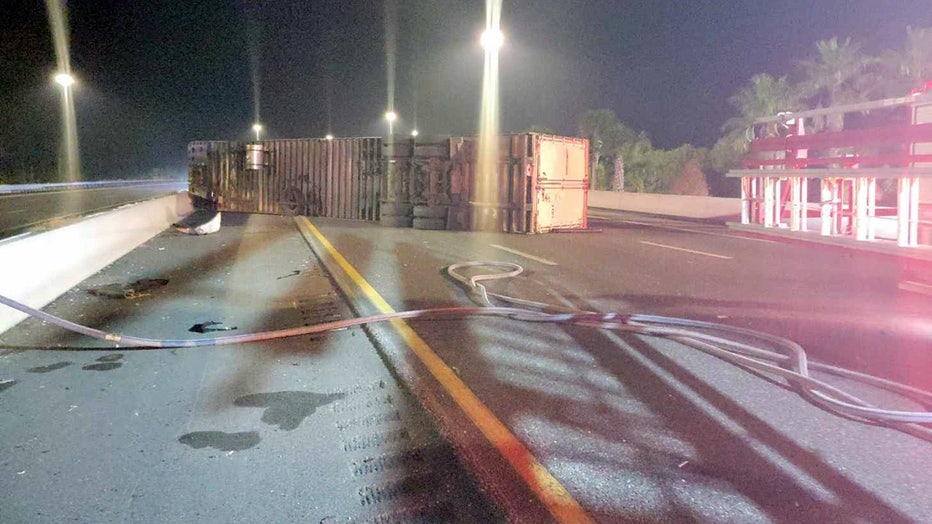 Around 2:30 a.m., the 38-year-old Road Ranger was setting up a northbound detour at exit 293 for the initial crash. That's when troopers said a 71-year-old Tampa man driving a 2000 Toyota Sienna, who wasn't paying attention, drove around the traffic cones and hit the Ranger. 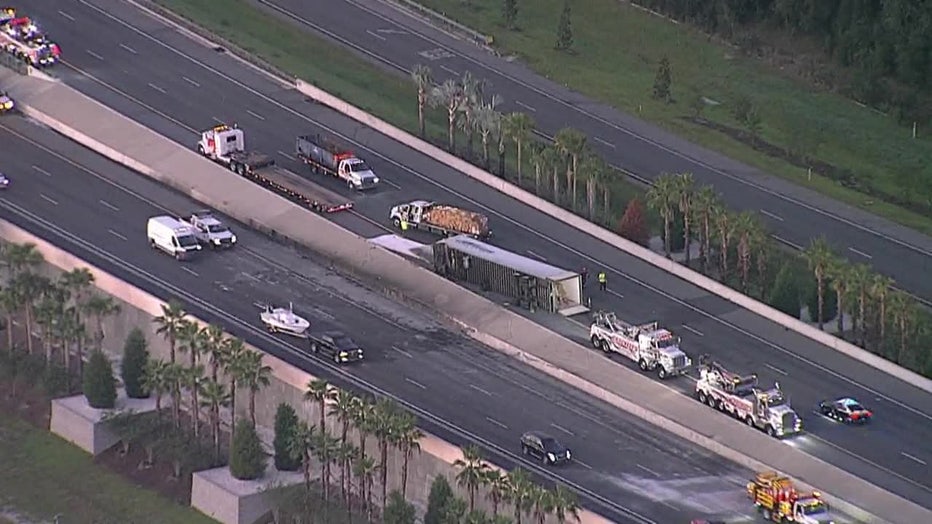 The Ranger was airlifted to a nearby hospital with serious injuries and was listed in stable condition, according to FHP.

No one was seriously injured in the initial crash. 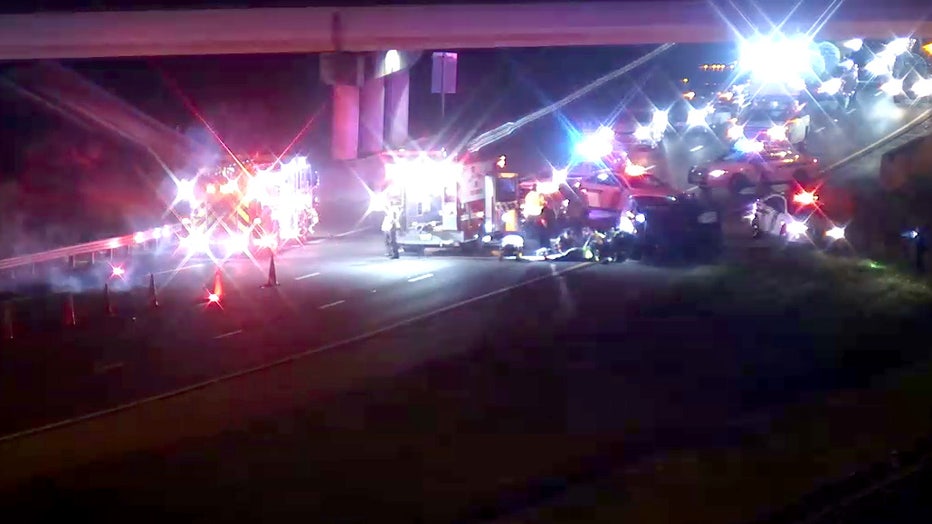