Guests at Nona’s Slice House in Safety Harbor get to see a world champion pizza acrobat in action.

SAFETY HARBOR, Fla. - Tucked away in Safety Harbor is a special pizza business that is run by a world champion acrobat.

Nona's Slice House is owned and operated by Jamie Culliton. While the food is amazing, the customers are treated to the skills that Culliton has honed as a world champion pizza acrobat.

"It's hours and hours of practice," shared Culliton. "What makes a great pizza to me is the dough."

Hand-tossing the pizza dough allows the chef to keep the moisture in it so the crust is softer. The spinning motion creates the round shape through centrifugal force.

Culliton's foodie side was attracted to the creative aspects of making a better pizza starting with a better crust.

That better crust came with the challenge of hand-tossing and spinning the dough.

"Dough is a living organism. It kind of stretches as you're working with it," he said. "I've been in the business 27 years," shared Culliton. "I got into it (acrobatics) right when I was 17. I went to the International Pizza Expo in Las Vegas. They were having the World Pizza Games there. I just signed up and was trying out. I was just okay in the beginning. I was trying harder and honing my skills." 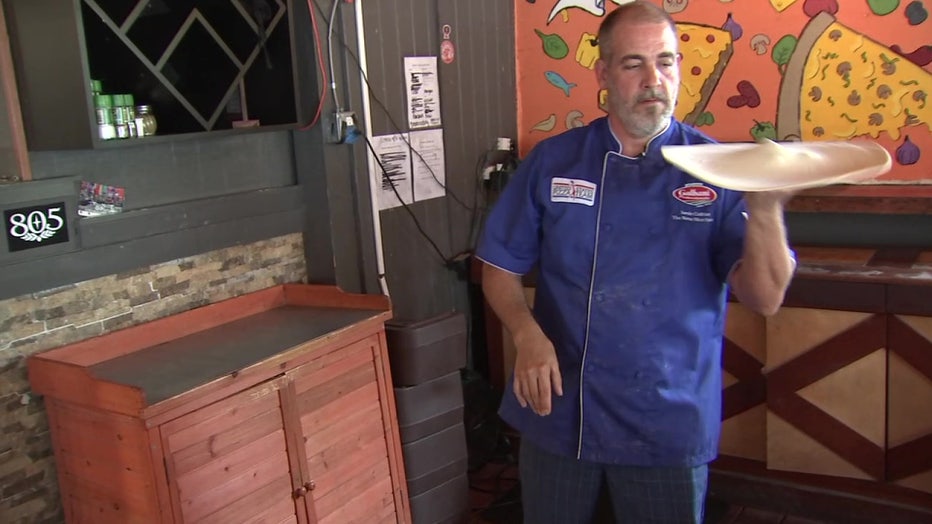 "There's a lot of practice, a lot of hours involved," explained Culliton. "You've got to put the time into it."

That practice and time put into his craft and acrobatic antics paid off in 2016 when he won the world championship.

READ Step inside the art at 2D Café in St. Pete

"For me it was...spending that year kind of watching what they did and creating my own tricks," he shared. "When you go to Italy you're competing against the entire world."

He still competes but he also teaches the art of acrobatics to his employees at his local pizzeria. 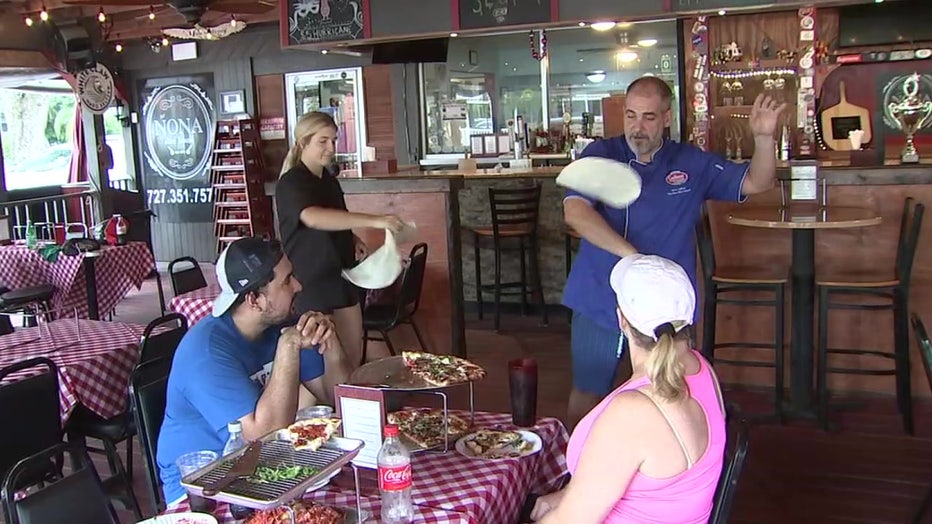 "Well, the Nona Slice House is named after my two kids Noah and Naomi, N-O-N-A," he said. "We've been around a little over three and a half years now."

And as for who he hires to do the pizzas with him at the business, "Not everyone that I've worked with wants to be a pizza acrobat."

But those that do, put on a show for the customers right there in the dining room. 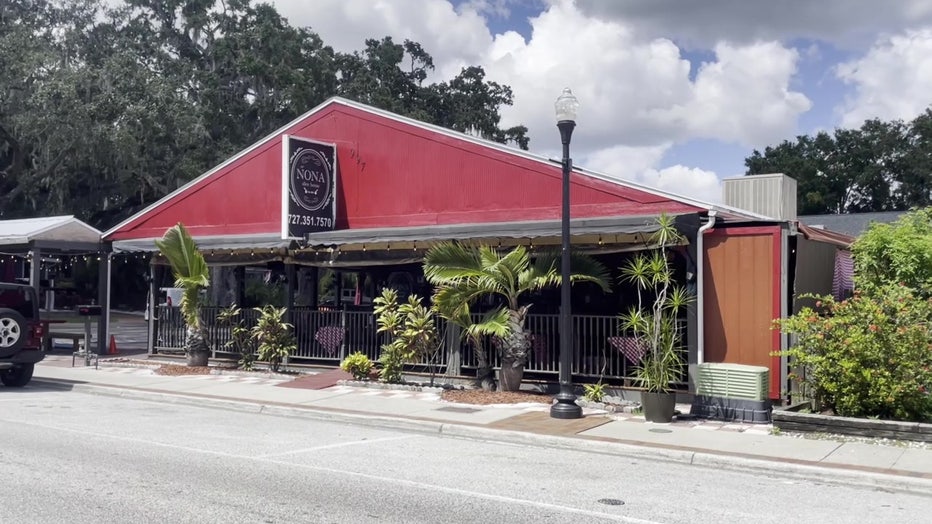 LINK: Learn more and see his acrobat skills at https://www.thenona-slicehouse.com/.