Hurricane Sam strengthened into a category 4 storm on Saturday with winds of 140 miles per hour. It is moving west-northwest and will avoid hitting the Caribbean Islands. FOX 13 Meteorologist Tyler Eliasen says it may pose a threat to Bermuda next week, but will not hit the United States. Eliasen is also watching two other systems in the Atlantic that may develop over the next five days.

TAMPA, Fla. - Hurricane Sam intensified to a category 4 storm on Saturday and is expected to strengthen overnight. As of 5 p.m., its maximum sustained winds were 140 miles per hour and it was moving west-northwest at 10 miles per hour.  No coastal watches or warnings are in effect for the storm, which was located 1,025 miles east-southeast of the northern Leeward Islands in the Caribbean Sea.

Forecasters say Sam could get even stronger Sunday morning with winds of 150 mph. Officials say swells from the storm could cause dangerous rip current conditions off the coast of the Lesser Antilles early next week.

Sam is the seventh hurricane of the 2021 season and doesn’t appear to pose a threat to the United States. 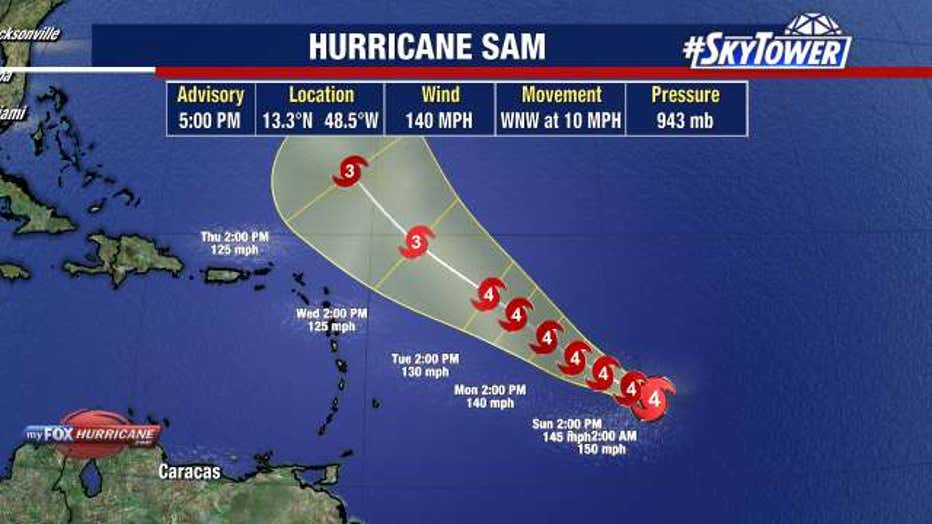 The National Hurricane Center said Teresa is expected to be short-lived, likely dissipating over the western Atlantic north of Bermuda by Sunday.

Forecasters are also keeping an eye on a tropical wave that is expected to move off the west coast of Africa by the end of this weekend. 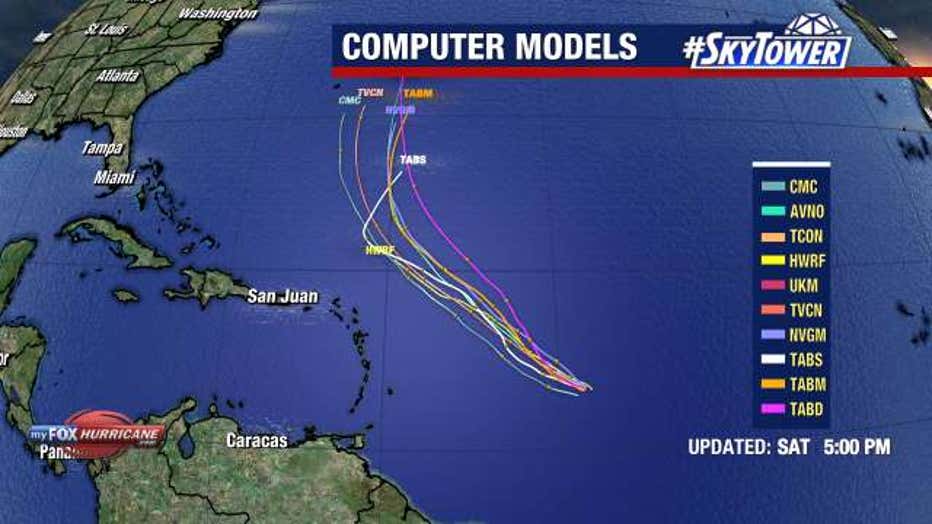