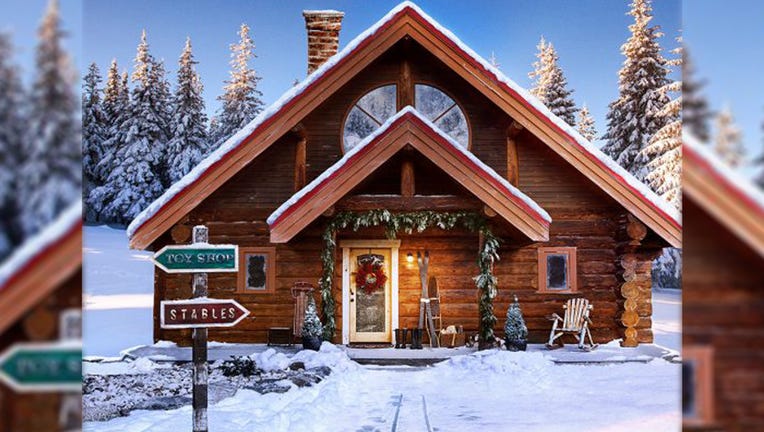 THE NORTH POLE - Like many homeowners across the country, Santa Claus has benefited from skyrocketing home values, according to Zillow — which values his sprawling North Pole property at more than $1 million.

Santa's remote log cabin sits on 25 acres and has some unique features, including a floor-to-ceiling river rock fireplace, a hot cocoa tap and a gourmet oven with 12 different cookie settings, Zillow’s listing says.

The property has Santa’s main living quarters, boasting three bedrooms and two bathrooms, as well as "a community of tiny elf homes, a state-of-the-art toy-making facility, a garage with space for an all-weather sleigh and stables that board eight live-in reindeer, plus a bonus stall for red-nosed company."

A searing hot housing market this year, fueled by ultra-low mortgage rates, a thin inventory of properties for sale and many would-be buyers’ desire for more living space during the pandemic, led to record U.S. home prices.

This apparently carried over to the North Pole, as the online real estate marketplace now values the Clauses home at $1,031,401. Zillow predicts that Santa's home will appreciate nearly 14% over the next year, which is in line with forecasted home value appreciation across the U.S. 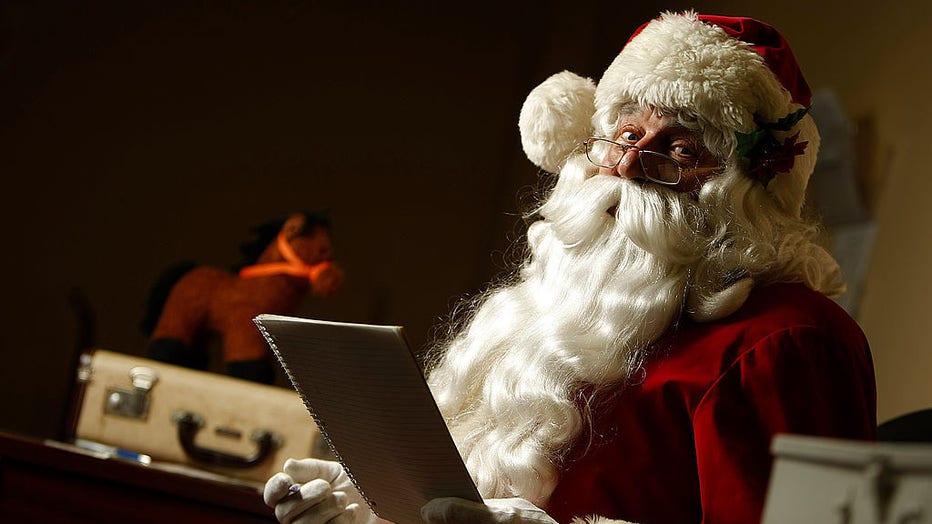 FILE - Santa Claus poses for a photo in his workshop at the North Pole in a file image dated Nov. 15, 2009. (Photo by Tara Walton/Toronto Star via Getty Images)

"Santa and Mrs. Claus' home is the ultimate Zen retreat, where they've been getting in shape, baking delicious goodies for the elves, and enjoying their time at home playing games and staying healthy," Zillow said in a statement.

The home has never been sold and is not on the market. The Clauses first claimed their home on Zillow in 2016, giving believers around the world a glimpse into their magical lives.

The couple recently decided to update their home photos, which show a new stationary bike in one of the bedrooms, a newly adopted pet, and an impressive writing desk in Santa’s study.

Santa Claus opens letters from all over the world, including the ones from penguins living at the London Zoo. (Credit: ZSL London Zoo via Storyful)

The main log cabin was constructed in the 1800s, "steeped in Old World charm but thanks to a recent renovation, offers modern-day amenities," Zillow says.

After taking a virtual tour of Santa’s home in the North Pole, be sure to track his whereabouts on Christmas Eve, thanks to the North American Aerospace Defense Command (NORAD) Santa Tracker.