See Santa from the safety of home this year

CLEARWATER, Fla. - For years, people have told Randy Maxey he was a dead ringer for Santa Claus.

“I’ve always had a natural beard, and over the last several years it’s gradually turned white,” the Clearwater man said.

Last Christmas Eve, when he was out to dinner with his wife, a little girl approached him, ecstatic over meeting the real St. Nick. After that, he says, he decided 2020 was going to be the year he donned the big red suit.

He didn’t even have to go looking for one – a family member up in Ohio used to be a professional Santa, so they mailed him the suit. He began growing out his beard from there.

“And then COVID hit, and I thought, well, we’ll sit this year out,” he offered. 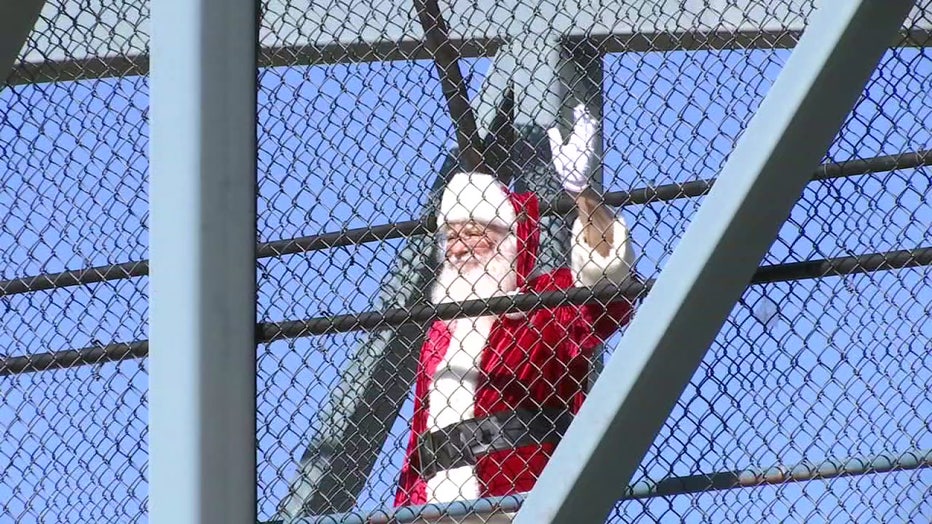 Maxey, dressed as Santa's helper, waves to drivers from the Pinellas Trail.

But fate – or call it a little Christmas magic – had a better idea.

Maxey saw an ad for JingleRing, a company looking for “virtual Santas” – those with big personalities that can carry over in the digital world.

“And I thought, well, what an ideal way for me to get experience with that and do it in a safe matter that doesn’t jeopardize the health of the families, my health, or the kids’ health,” Maxey said.

An interview and a few screen tests later, and he had the gig.

“The cool part is, they get to talk to Santa at the North Pole,” he explained. 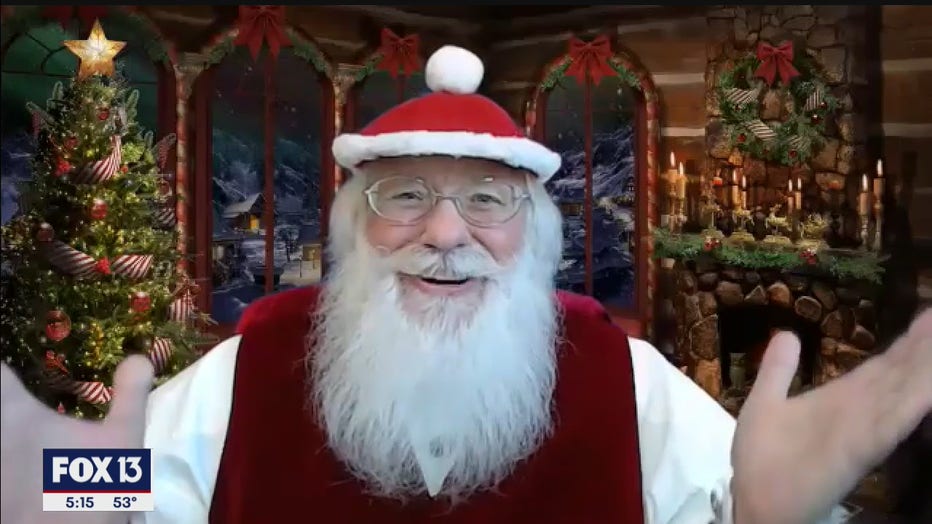 This time of year, Randy Maxey goes by Kris Kringle

Over the video chat, families can see Santa in his living room, alongside his fireplace, or in the office with his elves. Though this year the magical touch will be digital, Maxey says he’s hoping children will still feel the Christmas spirit.

“As for me, I’ve committed well over 200 years for the Christmas season,” he said.

Maxey is one of a few hundred Santas working with JingleRing this year from all over the world.

LINK: If you’re interested in learning how you can make a reservation, you can visit this website: https://www.jinglering.com/