SARASOTA, Fla. - Eagle Scout Owen Eakle can tell you something about every merit badge he's earned. The 16-year-old from Out of Door Academy can think of a memory from every badge.

First aid was his first. His favorites include nuclear science and sailing.

"I've done a little bit of a lot of things. It just teaches me to broaden my horizons basically," he said.  "I like to just remember one thing from each just so it kind of stays in my mind."

That requires a lot of memory. Owen has earned 137 merit badges. That's every single badge offered by the Boy Scouts of America. 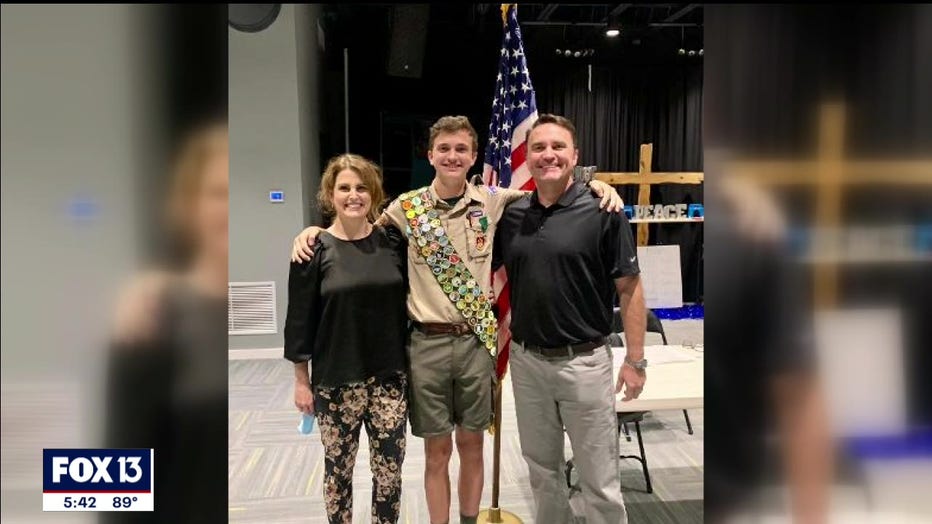 "For five years now, I’ve been waiting to just do the next merit badge and now there is no more. It just kind of feels like I’m waiting to do the next one after this," he said.

Last year, Owen had about 60 merit badges. As COVID-19 quarantines went into place, he had the time and came up with a plan. He brought his parents along for the ride.

"I talked to my parents and scoutmaster and they were like, 'Yeah, let's go for it,'" he said.

He took trips around the Bay Area, Florida, and Tennessee, stretching his mission across the Southeast until he earned his final badge: rowing.

He would become the third scout in Southwest Florida Council and the first in his troop to earn every merit badge. 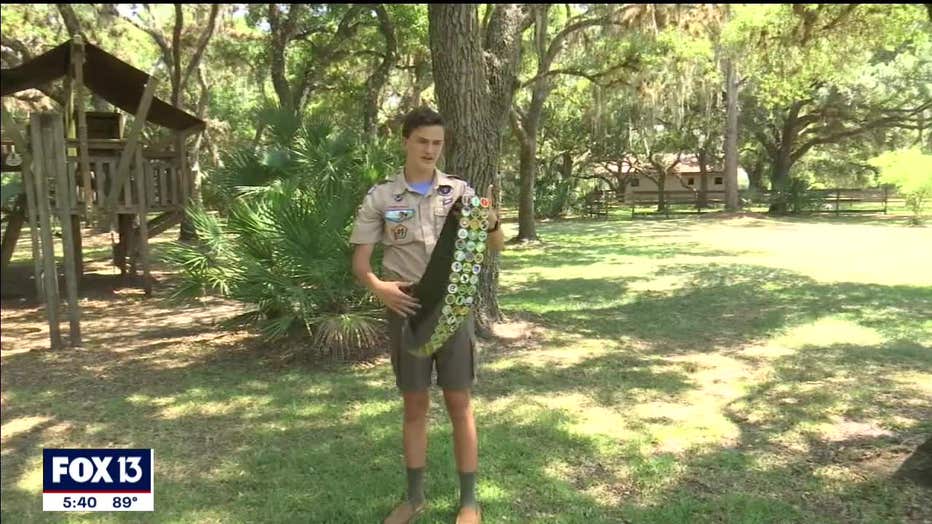 "From 1912, you’re talking about fewer than 500 scouts than out of 110 million. It’s a pretty elite group. I would want you to keep your eye on this kid. There’s just no telling what he will do," said Paul Caragiulo, the district chair for the Two Rivers District Boy Scouts of America.

While he can't earn any more badges for now, he has plans on helping other scouts earn theirs.

"If there’s something you’re on the fence about in the future  -- maybe I’ll do this, maybe I won’t -- just do the class. It’s not that hard and most of them are really fun. It pays off in the end," he said.