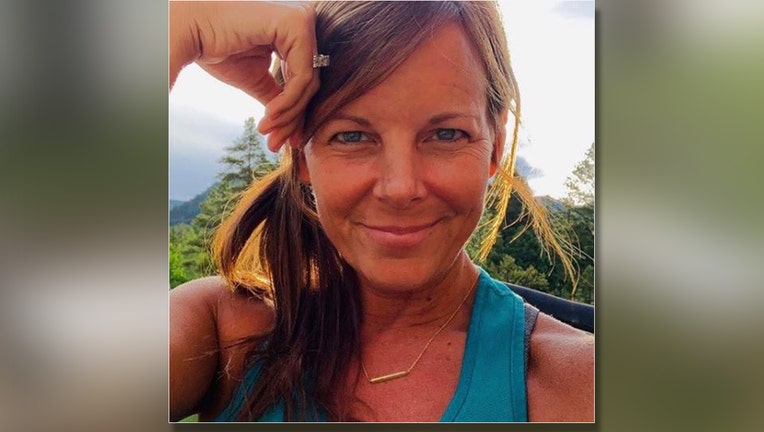 MAYSVILLE, Colo. - The search for a missing Colorado woman has turned up a "personal item" that belonged to her, authorities said.

Suzanne Morphew, 49, of Maysville, went for a bike ride on Mother’s Day and hasn’t been seen since.

“Local, state and federal investigators searched steep and rugged terrain in an effort to attempt to locate additional items of Ms. Morphew after investigators believed to have found a personal item of the missing woman on Thursday,” Spezze said.

“While investigators aren't releasing details about what may have been found they can confirm that Ms. Morphew has not yet been located to date,” he added.

The federal investigators were from the FBI.

A $200,000 reward has been posted by Morphew’s husband and a family friend.

Spezze declined to say if the husband is cooperating with the investigation and whether foul play is suspected.