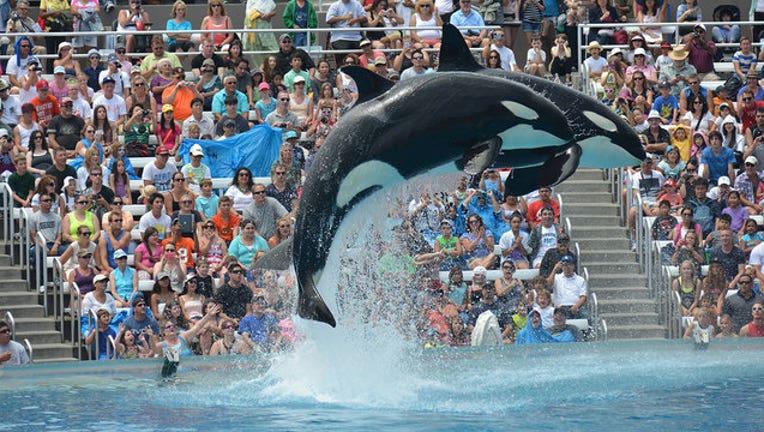 SAN DIEGO (AP) - SeaWorld's orca shows at the company's San Diego park will end by 2017, its top executive said Monday, citing customer feedback at the location that has suffered from its lowest attendance of all its theme parks.

CEO Joel Manby told investors the park will offer a different kind of orca experience, starting in 2017, that will focus on the animal's natural setting and its behaviors.

He said the decision would be limited for now to its San Diego park.

"We are evolving as a company," Manby told investors, adding that the new killer whale attraction will "have a strong conservation message."

The Orlando, Florida-based company has seen revenue drop since the release of the documentary "Blackfish" that criticized its treatment of killer whales in captivity.

Manby also indicated to investors that the company may changes its plans for a $100 million expansion of its tanks for its killer whales, which was endorsed by the California Coastal Commission last month on the condition it agree to stop breeding orcas, among other restrictions.

SeaWorld has said it plans to challenge the ruling in court.

Manby said Monday the company had no other choice because the ruling set a "bad precedent" for not only SeaWorld but all zoos, aquariums and other animal parks.

He added that SeaWorld may be able to achieve its objective in raising revenue without proceeding with the project, called "Blue World."