"It looks so weird at first and then you start to see the real color coming through," she said. "It's like whoa, all these weird colors just made that beautiful color."

Junesp Jewelry was born in the middle of the pandemic. After scrolling through Pinterest and Instagram for ideas, she gravitated towards polymer clay, a moldable PVC-based clay that she had experience with before, making beads for bracelets. She wondered how the material would do as earrings.

"I made my first batch, and people started like messaging me like, ‘I want those,’" Rojas said. "That’s how it started."

A year and a half later, she’s now making around 200 pairs a week, for a combination of local markets and a few retail stories. She tries to do at least three markets a week. 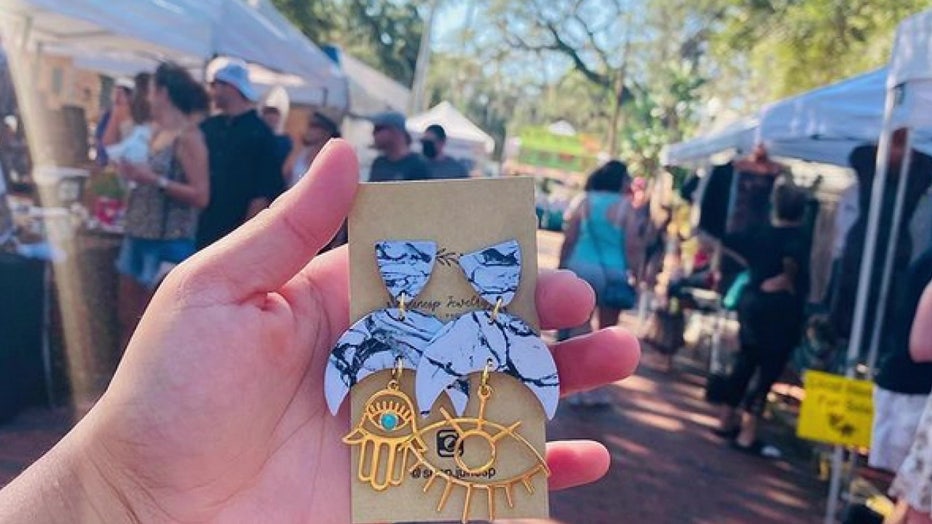 The rest of the time, she’s creating her earrings in a makeshift workspace at her home. The process begins with mixing polymer clay, then flattening it. She cuts the sheets into various shapes, then building layers. After cutting out the earrings with stencils, they go into an oven to cure and harden. The final step is putting the earrings together.

Ideas come from all over. Her front-porch garden has been a big source of inspiration. After drinking from a can with stars and planets on it, she decided to create a galaxy in earring form. 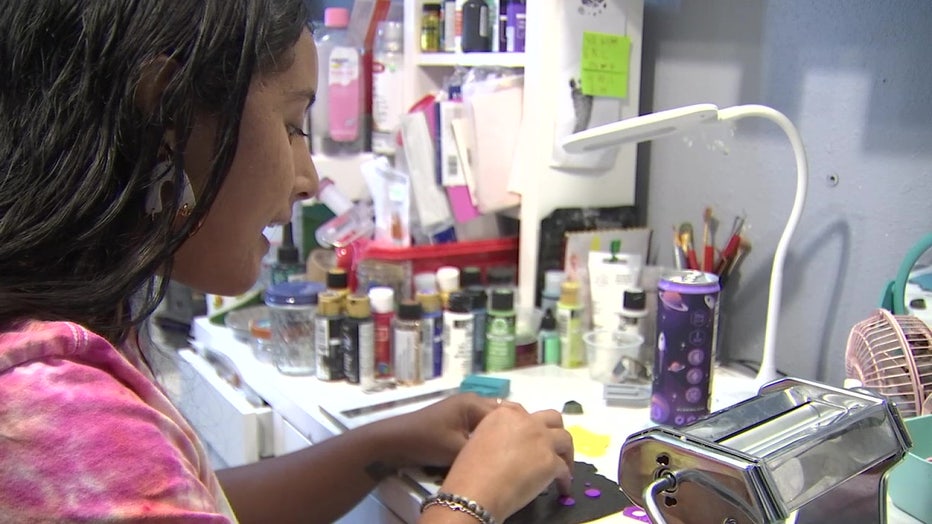 She enjoys markets the most, watching potential customers’ first reactions.

"That's basically my favorite part, meeting and getting to know other people that I probably would have never met," Rojas added.