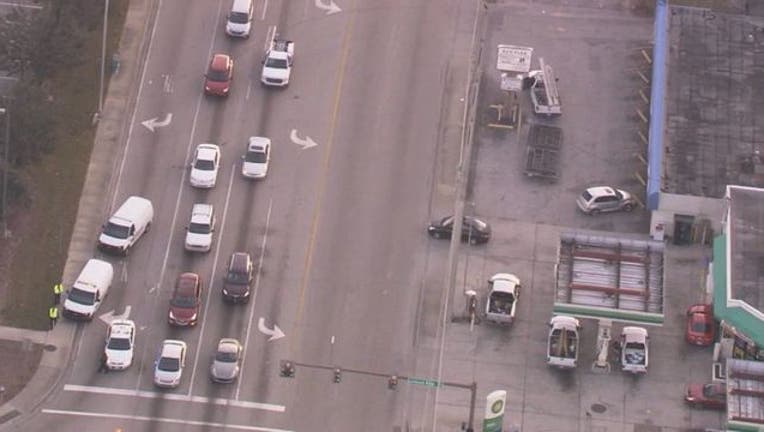 SARASOTA (FOX 13) - A shooting into a car has left one person injured, deputies say.

Sarasota County deputies have closed one lane at the intersection of 17th Street and Lockwood Ridge Road where the shooting occurred. Preliminary information indicates someone who into a vehicle, according to investigators.

The vehicle and the driver were struck and the driver was transported to an area hospital, according to the Sarasota County Sheriff’s Office. The victim’s condition has not been released.

No other details have been provided, including whether there is a suspect description or if one has been identified.

Deputies are asking anyone with information to call the agency at (941) 861-4900 or leave an anonymous tip through Crime Stoppers by calling (941) 366-8477 or online at www.sarasotacrimestoppers.com.