ST. PETERSBURG, Fla. - The 17th pelican found on or around the south Skyway fishing pier with a head wound arrived at the Seaside Seabird Sanctuary in Indian Shores on February 18.

"He actually had a whole skin flap from his beak all the way up between his eyes...so you could see his skull and all the tissue was kind of hanging off of there," described avian hospital director Melissa Edwards.

Edwards and her team stitched him up, and as gruesome as the wound looked, you would never know to see him now. The lucky pelican will eventually be released.

The folks at Seaside Seabird Sanctuary see all kinds of injuries and all kinds of birds.  But the number of pelicans coming in with a head wound is raising questions.

"We do get birds with injuries similar to that once, twice, three times a year, but to get 17 birds in a span of a month and a half is a bit suspicious," Edwards said. 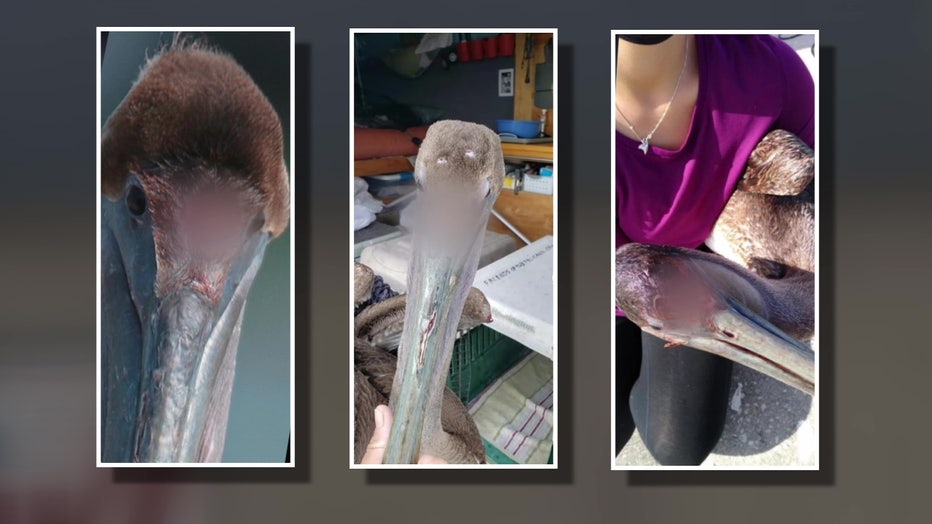 Florida Fish and Wildlife officers are investigating. They've stepped up patrols on the pier and are urging anyone who may know something to call their Wildlife Alert Hotline. Meanwhile, some of the regulars who fish the south Skyway reject the idea that one of their own would harm the birds.

Mike Gaby spends his weekends fishing at the pier. He believes there's a less sinister explanation for the injuries.

"At the rate I've been out here, the amount of time I've been out here, I would not say a fisherman did this," Gaby said. "We have a lot of newbies, a lot of the newer birds and that's where I'm seeing these injuries on too, so I'm concerned that maybe there's something they're flying into, or hitting at the same time." 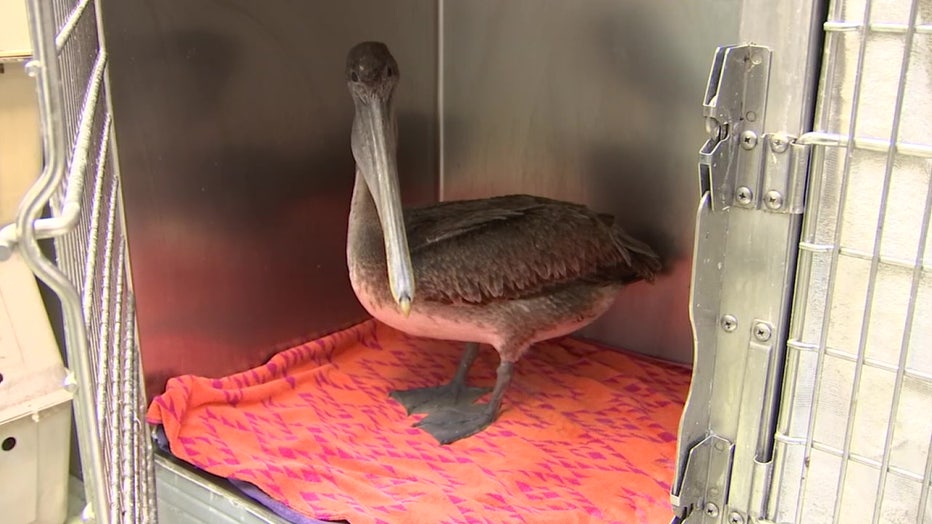 FWC investigators haven't ruled that out. They say biologists are also examining the pier to look for spots that could be the culprit.

Edwards also acknowledges that possibility.  But when it comes to the wound on pelican number 17, she added, "Of course, I can't say for sure if someone intentionally did it, but it seemed way too precise to have been an accident, in terms of him colliding with something at the pier, the barnacles. It's a little suspicious. We need to find out what's going on for the sake of the birds there."

Anyone with information about the inured pelicans is asked to call the FWC Wildlife Alert Hotline at 1-888-404-3922. Callers will remain anonymous.

It’s the perfect place for catching fish and sightseeing at the same time. Here's a look high above the fishing pier at the historic old Sunshine Skyway Bridge.