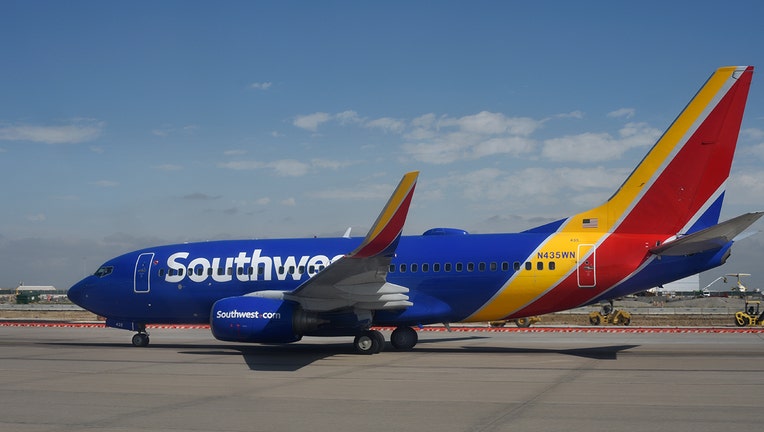 A Southwest Airlines flight attendant allegedly lost a few teeth after being assaulted by a passenger during a flight over the weekend, according to Transport Workers Union Local 556.

In a letter sent to Southwest and obtained by Fox News, TWU Local 556 President Lyn Montgomery drew attention to the assault, saying it's just one of the hundreds of misconduct incidents that have occurred on Southwest flights in recent weeks.

"This past weekend, one of our flight attendants was seriously assaulted, resulting in injuries to the face and a loss of two teeth,'' Montgomery said in the letter, adding that this is just "one of many occurrences."

According to Montgomery, the number of "passenger non-compliance events" has reached an "intolerable level."

She also stressed that these incidents are also becoming "more aggressive in nature."

"I write to you today because we cannot tolerate our beloved cohearts (sic) being abused in such a manner, and because I am asking for your help and leadership in ending these travesties," the letter continued.

The union said there have been 477 incidents on Southwest from April 8 to May 15.

Southwest Airlines confirmed to Fox News that a flight attendant had been physically assaulted on a flight from Sacramento to San Diego that landed Sunday morning.

But the airline did not yet confirm how many incidents it faced in recent weeks.

"The passenger repeatedly ignored standard inflight instructions and became verbally and physically abusive upon landing," Southwest spokesperson Chris Mainz said. "Law Enforcement Officials (LEOs) were requested to meet the flight upon arrival, and the passenger was taken into custody."

Mainz said the airline does not "condone or tolerate verbal or physical abuse of our Flight Crews, who are responsible for the safety of our passengers."

Still, the union is demanding more safeguards for airline crews. One demand is better informing passengers on the consequences they may face for acting in such a manner, including fines, criminal charges and potentially being placed on a restricted travelers list.

"One tool to better utilize would be the Southwest Airlines restricted travelers list," the letter reads. "The flying public needs to understand that egregious behavior will result in being banned from flying with Southwest Airlines."

The union is also calling for more federal air marshals on flights to help in such situations.

"It must be noted that Southwest Flight Attendants are doing all they can do to ensure compliance while creating a safe environment for all passengers and crew," the letter continued. "But they also need the support and tools required to prevent injury to ourselves and others."

The Federal Aviation Administration (FAA) has been cracking down on "unruly" passengers that have flouted instructions from flight attendants and in some cases become violent.

In its most recent action, the agency disclosed that it had proposed fines ranging between $9,000 and $15,000 against five passengers for allegedly interfering with, and in some cases, even assaulting flight attendants.

"We have zero tolerance for unruly or dangerous behavior," the FAA tweeted.