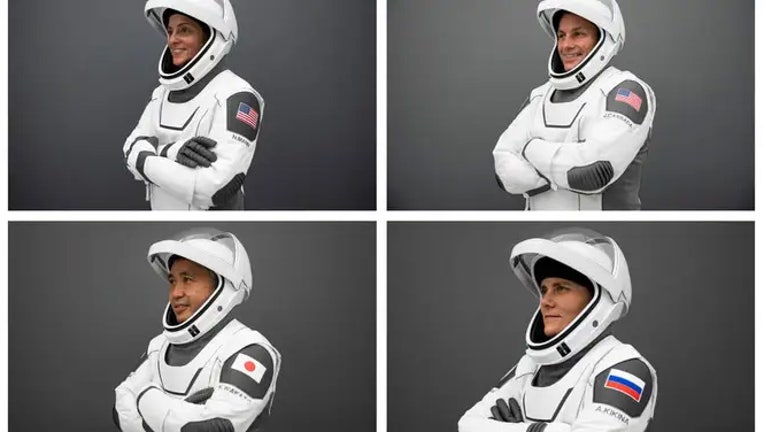 HOUSTON - Four astronauts from three countries are scheduled to launch on the SpaceX Crew-5 mission to the International Space Station this fall, and for the first time since NASA began launching from U.S. soil again, a Russian cosmonaut will be joining the crew.

NASA astronauts Nicole Mann and Josh Cassada, Japanese Space Agency (JAXA) astronaut Koichi Wakata and Roscosmos cosmonaut Anna Kikina are at Johnson Space Center in Houston during the final weeks before they travel to Florida for liftoff on a SpaceX Falcon 9 rocket.

On Thursday, the crew spoke to members of the media about their launch planned for no earlier than Sept. 29.

There are a few reasons this particular crewed mission is unique. Mann, the Crew-5 commander, and pilot Cassada were both previously assigned to fly on Boeing's Starliner spacecraft, the second spacecraft NASA selected under the commercial crew program to fly astronauts to and from the ISS. Starliner completed its final uncrewed test earlier this year but has yet to fly astronauts to the space station.

After delays with Starliner, NASA reassigned Mann and Cassada to a SpaceX Crew Dragon flight.

"We are in a unique position, having been trained on both spacecraft," Cassada said. "It is remarkable to see how two different communities approach and solve the same problem, not unlike (what) we see with our international partners. We all have ultimately the same goal, but we all have our different strengths and weaknesses, and we can capitalize on those."

It will be the first time in space for all but one of the Crew-5 astronauts. Japan's Koichi has spent more than 347 days in space from his spaceflights on two Soyuz missions and Space Shuttle Endeavour.

Koichi said he's looking forward to adding a third spacecraft to his experience.

"It's a very different spacecraft, very sophisticated, very automated, and it's a very reliable system," Koichi said he learned from his fellow JAXA astronauts.

For the first time since SpaceX began launching NASA astronauts from American soil in 2020, the Russian Space Agency and NASA have traded a seat onboard the commercial spacecraft. Kikina will be the first cosmonaut to fly with SpaceX.

Roscosmos has very few women cosmonauts. Formerly in the USSR, the space agency was the first to send a woman to space. However, Kikina will be the sixth Russian woman to fly in space overall, which includes Russian actress Yulia Peresild who launched on Soyuz in 2021 and spent 11 days on the International Space Station.

The Crew-5 member will also be the second female cosmonaut to launch from Florida. In 1997, Russian cosmonaut Yelena V. Kondakova launched on NASA's Space Shuttle Atlantis. 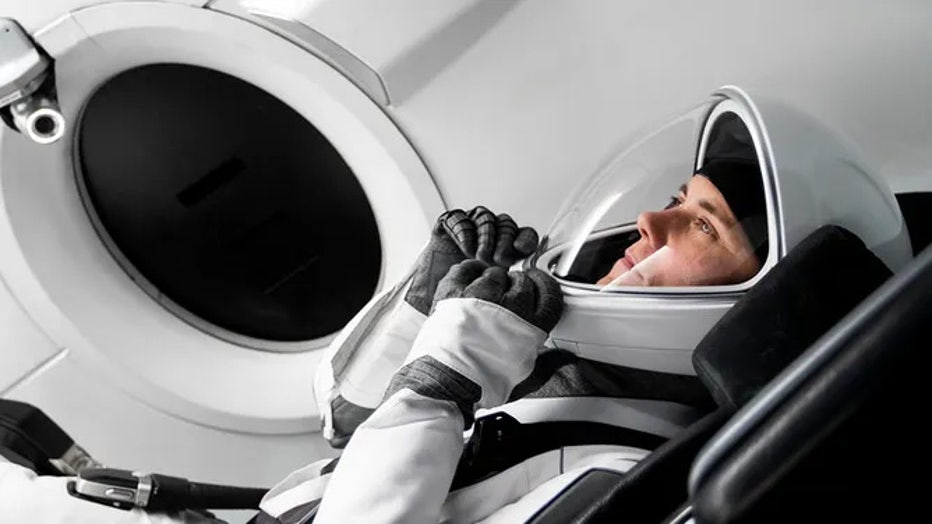 Cosmonaut Anna Kikina sits in a mockup of the spacecraft that will take NASA's SpaceX Crew-5 mission to the International Space Station during a training at SpaceX in Hawthorne, California. (Image: NASA)

Mann and Cassada are among NASA's pool of astronauts who could fly to the moon as part of the Artemis program. Mann could potentially be the first woman to walk on the moon.

Mann said it took her a little longer to realize she wanted to be an astronaut, and it wasn't until she was flying jets in the Marine Corps that she decided to apply.

"I think as a young girl, I just didn't realize that that was, you know, an opportunity and a possibility," Mann said. "That's part of the reason I feel like outreach to the younger generation and getting the mission out of what we're doing on the International Space Station, our international cooperation, how important that is to the world … so that they realize not only can they achieve any dream that they set forth, but also what they need to do in order to bring our world together."

Ahead of the launch, Mann said the crew, NASA leadership and SpaceX teams had had some "very transparent" conversations about the SpaceX Falcon 9 booster being damaged during transport, causing the Crew-5 launch to be delayed. 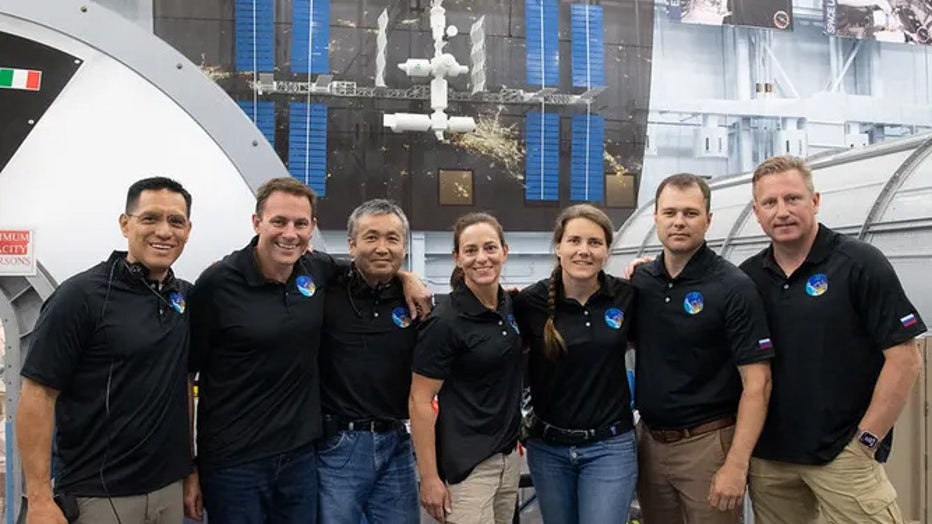 "Everybody is certainly on the same page that the hardware needs to be reliable, and it needs to be safe," she said. "And we have full confidence that NASA and SpaceX and the international partners are not going to put us on a rocket or a spacecraft that they feel is not ready to go."

The astronauts can bring a few personal items to the ISS. Koichi will bring some paper and hopes to make some origami art in space to fly in the Japanese module.

Cassada said he's bringing some of his favorite 1980s movies, mostly so Mann will finally get some of his references.

"So we're going to watch a lot of 80s movies, and particularly ‘Fletch’ every Friday, to make sure that she gets some of the jokes I've been making for the last decade," Cassada said.

Kikina said she's bringing a small figurine that represents her hometown of Novosibirsk, and she hopes it brings "joy on the station and to the people" of her city.

Mann said she couldn't share what she packed just yet because it would ruin the surprise for her family back on Earth.

LINK: Get more on this story from FOXweather.com