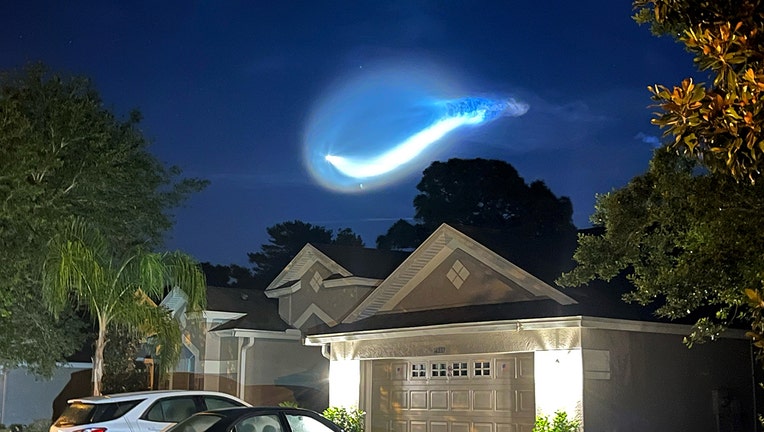 Christopher Mueller in Spring Hill, Fla., captured this image of early sunrise plume from the SpaceX Starlink launch from the Kennedy Space Center.

TAMPA, Fla. - Before sunrise, a SpaceX Falcon 9 rocket successfully launched 53 internet satellites from the Kennedy Space Center in Florida. Even from Tampa, it created a dazzling effect in the sky, which has been termed "space jellyfish."

According to Jessica Jensen, director of Dragon mission management for SpaceX, the sunlight reflected off the exhaust plume, creating the halo effect.

"Basically, what's happening is, it's still dark outside, but you have the sun illuminating the plume as it's in space," Jensen said in 2018. "I like to refer to it as the space jellyfish that's coming down after us."

Many viewers across the Bay Area submitted photos to the FOX 13 newsroom of the dazzling sight. 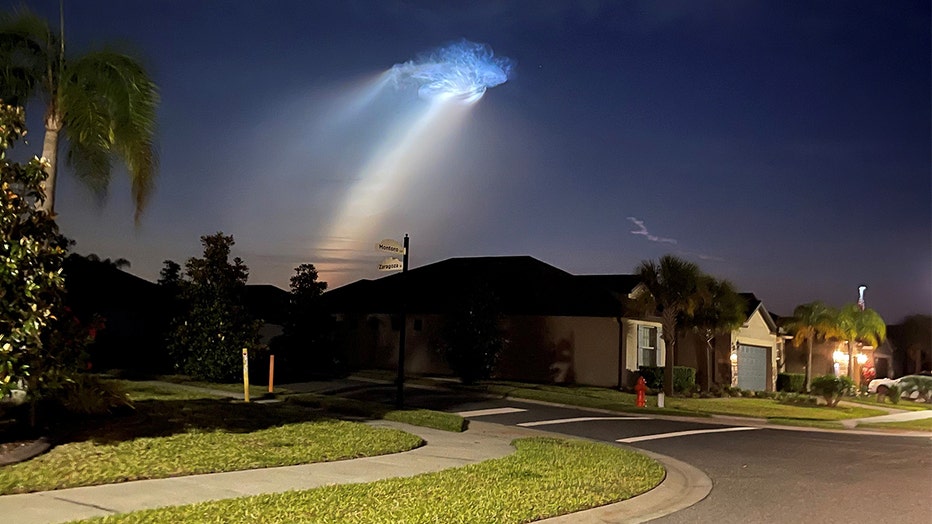 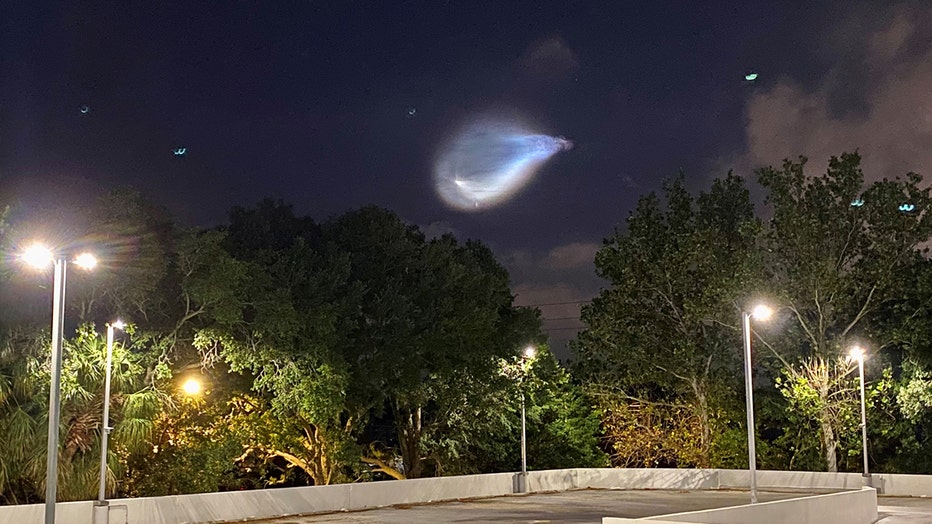 The view of the SpaceX launch from FOX 13

The goal of Starlink is to create a network that will help provide internet services to those who are not yet connected and to provide reliable and affordable internet across the globe.

FOX 35 Orlando contributed to this report