RIVERVIEW, Fla. - Jacob Haller was driving on U.S. Highway 301 South and Riverview Drive when, out of nowhere, something splashed all over the front right side of his car. At first, Haller thought it was mud, but after several car washes it became clear. Chunks of concrete caked the entirety of his car.

Pictures of the immediate aftermath show Haller’s windshield completely smeared with the mixture.

“I threw my hazards on, and then rolled down my driver’s window, and just leaned my head out as far as I could until I pulled off,” recalled Haller, who’s determined to find out who is at fault for the spill.

“It probably has to be scraped and repainted,” said Haller, after multiple failed attempts to get the concrete off himself.

After further investigation, a spokesperson for the Florida Department of Transportation said a company spilled the concrete at the intersection and crews are working to remove it from the roadway.

FDOT did not state whether the company, which was not named, would be responsible for the damage caused to Haller’s car.

“I’m a little nervous about how much something like this would cost to fix,” Haller said. 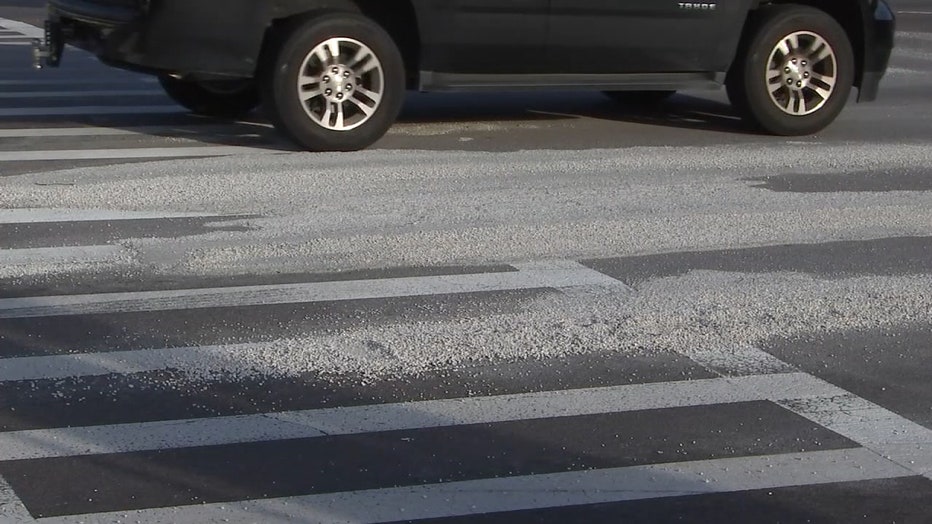 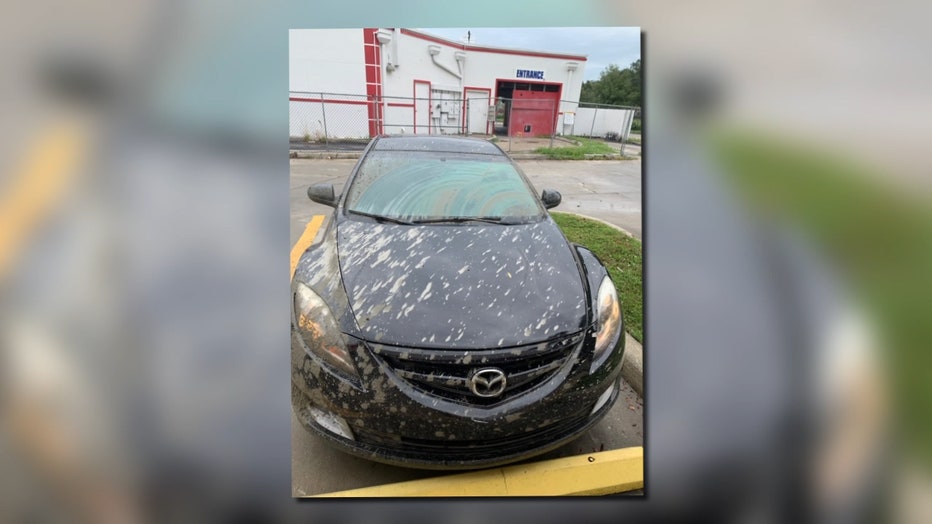