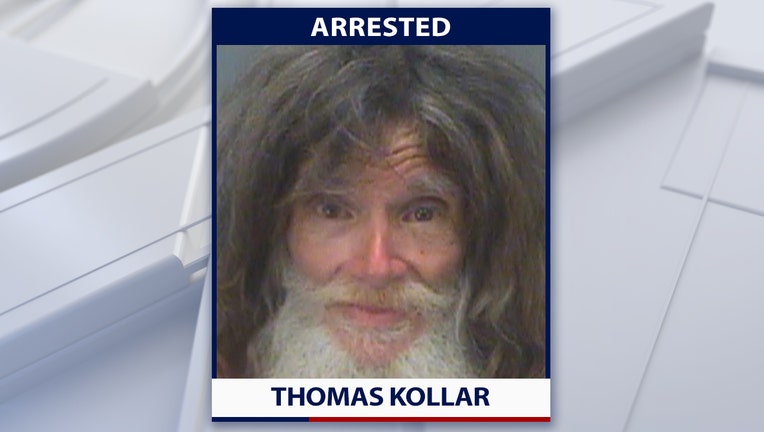 CLEARWATER, Fla. - Clearwater police arrested Thomas Edward Kollar, 67, after they say he pulled a knife on a Black woman riding a bus in a racially motivated attack.

According to police, Kollar and the victim were riding a PSTA bus near Highland Ave. and Seabreeze St. shortly before 6 p.m. on Thursday when he took out a knife and walked toward the victim with the blade pointed toward her.

The victim told police Kollar was saying hurtful words and waving the knife back and forth. She says she feared for her life and began to pray.

When police arrived, Kollar told them he pulled the knife on the victim because she is Black and St. Pete is going to be taken over by Black people.

Police found a four-inch knife on Kollar and, according to an arrest affidavit he said, "You’re not taking my knife because I have to protect myself."

Police also found a syringe in his hooded sweatshirt pocket that was loaded with a tan liquid. Authorities say Kollar spontaneously told them that the liquid was meth for his pain and not heroin.