ST. PETERSBURG, Fla. - Over the last few years, pickleball has been rising in popularity, and its considered one of the fastest growing sports in the US.

Due to the soaring popularity of this decades old game, mini parks and recreation departments are adding pickleball to their sporting program.

"In the city of St. Pete Parks & rec department we actually installed 25 pickleball courts all throughout the city geographically located, so I'm pretty much we try to have an opportunity to play pickle ball in every part of town," Chris Wolfe with the city of St. Petersburg's parks & rec department, said. "This desire to build more pickleball courts and embrace this sport really started our water fuller complex. It became so popular at one location we thought we just got to keep going with it." 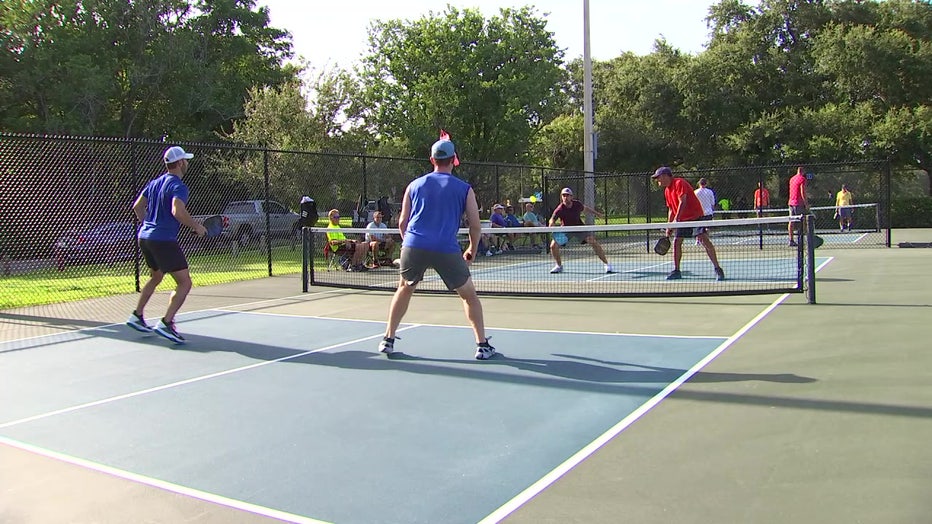 Mary and Butch Weber joined the city of St. Pete's pickleball league, and they said they've seen the sport change.

"It's been awesome, I've been playing a little over two years now, and it used to be like 50 and over, and now we come on the weekends and there's a lot of 18-year-olds, 20-year-olds," Butch Weber said.

Currently, the city of St. Pete leagues are at max capacity at some locations and limited availability at other locations due to the popularity of the sport. For more information, visit https://stpeteparksrec.org/.