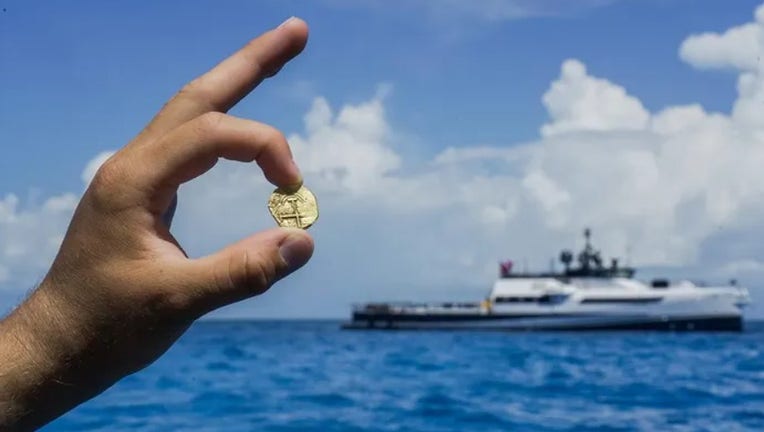 Talk about a find.

A treasure trove of jewels, medallions and historic artifacts has been uncovered in the Bahamas that date back to the legendary 17th century Maravillas shipwreck — and the public is about to get a look at it.

Nuestra Señora de las Maravillas (Our Lady of Wonders), a two-deck Spanish galleon, sank on Jan. 4, 1656, off the Little Bahama Bank in the northern Bahamas on a trip to Seville from Cuba.

It had been carrying numerous treasures of both royal tax and private property.

The 891-ton ship went down after colliding with its fleet flagship.

It struck a reef 30 minutes later — and ultimately sank.

The remains of the vessel were scattered for several miles across the ocean, with no significant portion of the ship left behind.

For more than 360 years, archeologists and adventurers have attempted to locate the debris that was lost in the wreckage.

And while much of the treasure — an estimated 3.5 million pieces, out of eight — was salvaged between 1656 and the early 1990s, modern-day technology such as high-resolution magnetometers, enhanced GPS and metal detecting has allowed Allen Exploration to bring to the surface riches beyond one's imagination.

In an interview with Fox News Digital, Allen Exploration founder Carl Allen said that he and his team began pulling up precious artifacts in July 2020 near Walker’s Cay.

High-tech tools, plus the official permission they were granted by the Bahamanian government to search the Northern Bahamas area — known to be a wreckage hotspot — have made for "quite amazing" discoveries, the entrepreneur said. 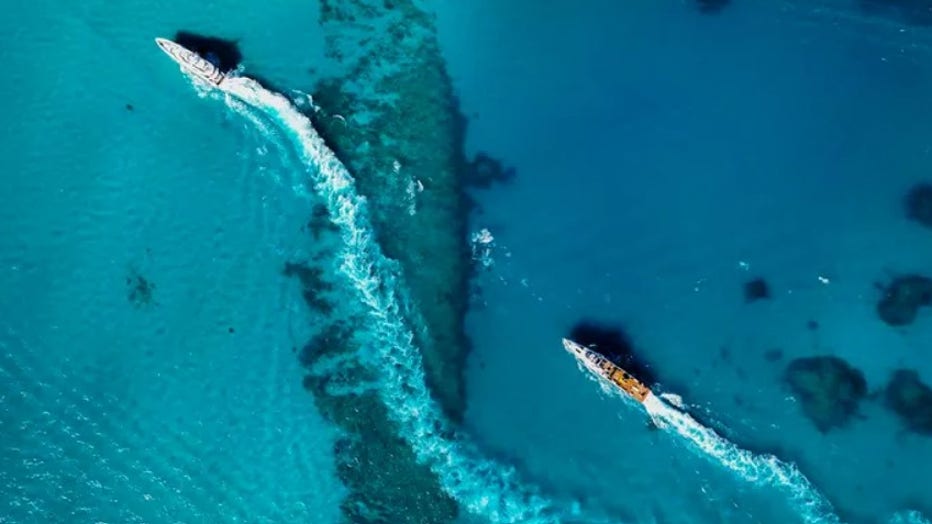 The water in the area only reaches up to 50 feet deep, while the sand can bury treasures down to 20 feet, he revealed.

Yet that didn’t stop Allen from proving his doubters wrong and discovering treasures that took his breath away. 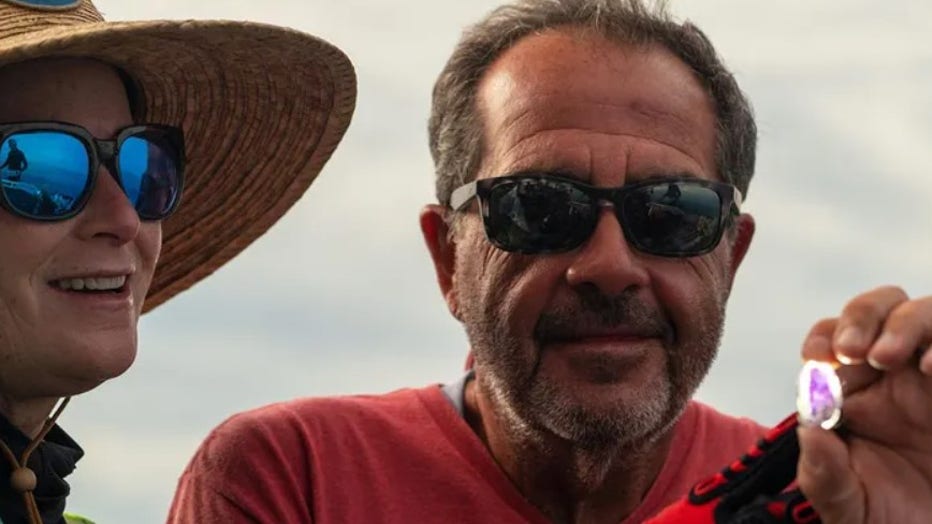 "When I pulled up the first valuable item, I lost my breath," he said. "I couldn't breathe."

"I've been thinking about this my whole life."

The fascinating finds also include Spanish olive jars, Chinese porcelain and iron rigging, according to an AllenX press release.

RECORD AMOUNT OF SEAWEED IS CHOKING SHORES IN THE CARIBBEAN

Four pendants worn by members of the sacred Order of Santiago, a religious band of knights active in Spanish maritime trade, were also recovered.

AllenX considered the Order of Santiago jewels to be the "star" finds thus far.

It's reinforced by what appears to be an Indian bezoar stone — a famous European stone known for its healing properties. 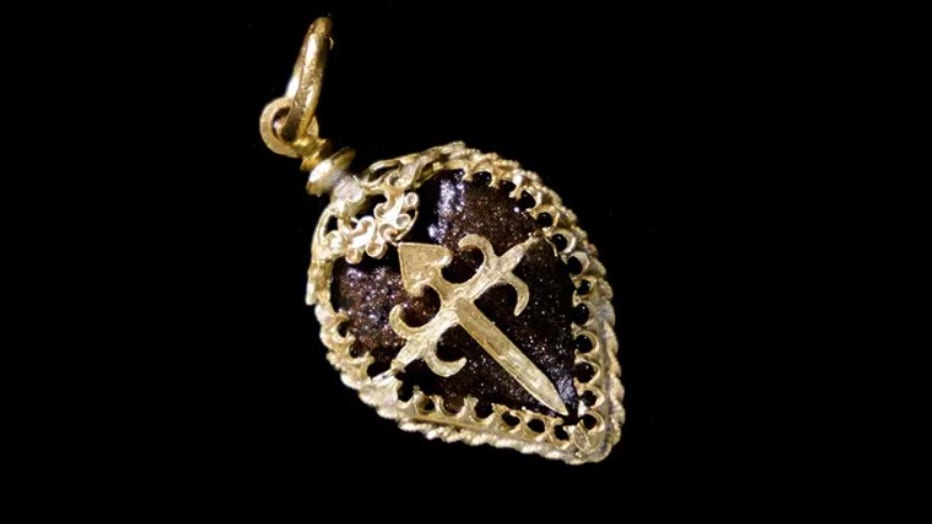 Three gold chains were retrieved, including an 887-gram gold filigree chain made up of 80 circular links and decorated with four-lobed rosette motifs, most likely crafted in the Philippines, the group said.

AllenX indicated that no exact replicas of the chain exist from other excavations in museum collections or as seen in Spanish portrait art. 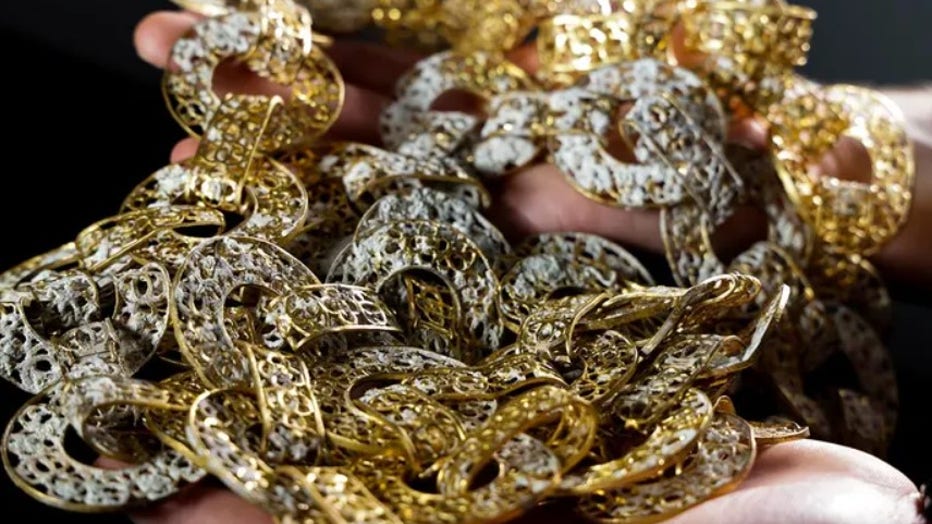 This 887-gram gold filigree chain made up of 80 circular links and decorated with four-lobed rosette motifs was most likely crafted in the Philippines. (Nathaniel Harrington/Allen Exploration)

Allen Exploration archeologist Jim Sinclair told Fox News Digital that these artifacts reveal how people lived in the colonial period and in the New World.

As an archeologist of 40 years, and as an original explorer of iconic wrecks such as the Titanic, Sinclair said a recovery like the Maravillas reflects an "amazing leap" in technology.

The archeologist also considered the artifact analysis to be a "really good development" in terms of detecting human behavior and history.

Gems and pottery recovered from a wreckage site in the Bahamas. (Brendan Chavez/Allen Exploration)

Although the worth of these artifacts most likely add up to the millions of dollars, the items are priceless, said Bill Springer, Allen Exploration spokesperson.

None of Allen Exploration’s findings will be put up for auction or for sale.

Instead, the finds will become part of an exhibit at Allen Exploration’s Bahamas Maritime Museum, located at the Port Lucaya Marketplace in Freeport.

MIAMI-BOUND BOAT CAPSIZES OFF COAST OF THE BAHAMAS

It will reveal other exhibits about maritime history in the Bahamas, as well as the transatlantic slave trade and the Lucayan people.

The Maravillas exhibit also showcases the story of the ship’s demise.

Of the nearly 650 passengers who were on board the ship, only 45 are known to have survived.

No human remains have been located. 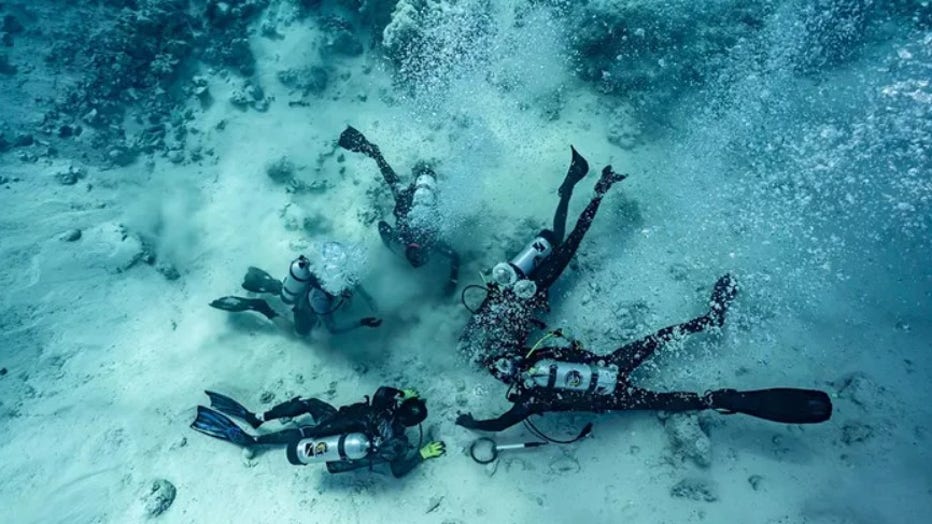 Divers are shown digging for buried treasure at the bottom of the sea — the site of a shipwreck in the Bahamas. (Chad Bagwell/Allen Exploration)

The shipwreck was a "tremendous blow," Allen explained, since Spain at the time was struggling financially and the boat was jam-packed with valuables.

It was one of the largest treasure ships to have ever left the Indies — which is why Allen said he expects more artifacts to be uncovered still.

The "mother lode" has yet to be discovered.

The "mother lode" has yet to be discovered, he indicated; and when it is, he said the haul would be "extremely valuable."

"The manifest usually on these old ships, a lot of times — it was only about half of what was on the ship because there was so much contraband," he said. 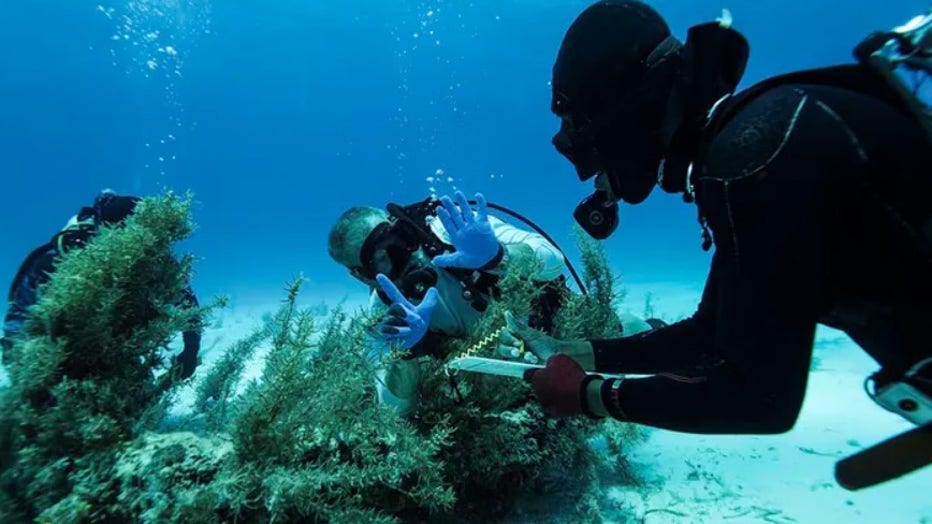 Along with launching the museum, Allen is furthering his passion for discovery and education by developing underwater archeology programs for Bahamian kids.

"The big problem is, [the debris] is not going to stay there forever," he said.

"And it’s a playground of shipwreck."

"So, I created a path for other people to do this — and I welcome it."