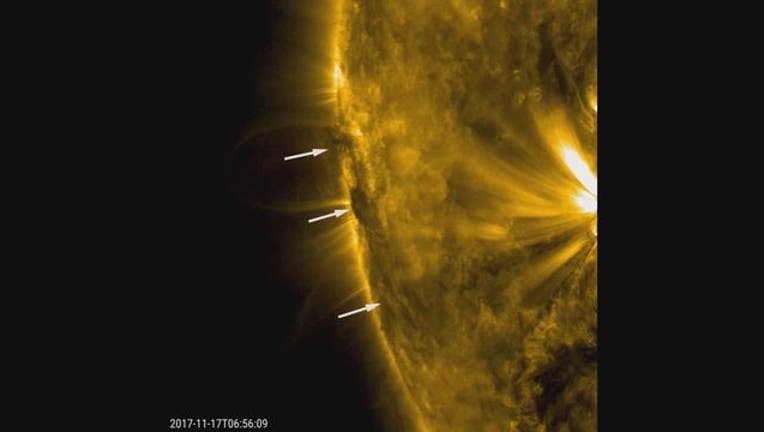 Cooler spots of the sun created a captivating twist of dark clouds spotted by NASA.

The darker areas are called developing filaments, which was seen churning near the edge in NASA video. Between Thursday and Friday, the giant star rotated, bringing the cooler, and sometimes unstable, clouds of particles into a clearer view. Those particles float above the surface and are tethered by magnetic forces, NASA reported.

In ultraviolet light, they appear darker than the surface itself. NASA points out the bright area to the right of the filament is an “active region.” The loop behind the filament in the middle of the clip is created by charged particles tracing the magnetic field lines.